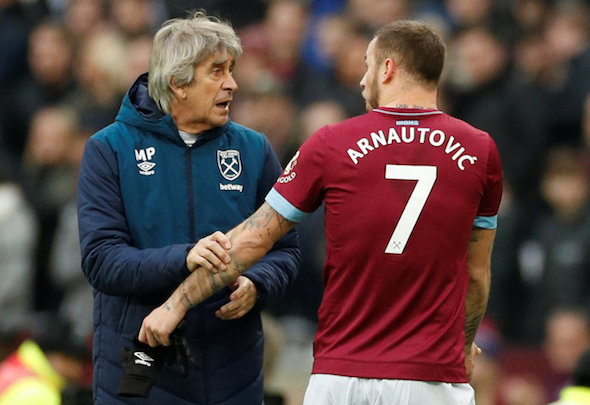 Noel Whelan has ripped into Marko Arnautovic for his “disgusting” attitude at West Ham since failing to get a January transfer to China.

Former Leeds and Coventry City striker Whelan was appalled that Arnautovic pushed so hard to engineer a transfer to a footballing outpost in the middle of the season and has subsequently been so below-par.

Speaking exclusively to Football Insider, Whelan highlighted how the Austria international’s lack of professionalism would have had a major effect on the West Ham dressing room.

“It’s disgusting trying to force a move to get more money,” Whelan said. “The lack of heart and effort he’s showed since January staggers me. You are under contract. Stick to it, do your job.

“Before January, he was the one player setting the stadium alight. His lack of application since then has been embarrassing and unprofessional.

“If he was my teammate I would be stringing him up. West Ham have underachieved in the second half of the season and Arnautovic is one of the reasons why.”

Arnautovic signed a contract extension at West Ham at the end of January to temporarily put to bed rumours about his future after he had been the subject of a £35million bid from a Chinese club offering wages of around £200,000 a week.

The 29-year-old had been one of the Hammers’ outstanding players in the first half of the campaign but his performances since failing to get the transfer he so clearly wanted have been poor.

Arnautovic has not scored a single goal since signing the new contract and has not completed 90 minutes in any match.

In other West Ham transfer news, it can be REVEALED the club are tabling an offer for a £75,000-a-week star with a CV to die for.