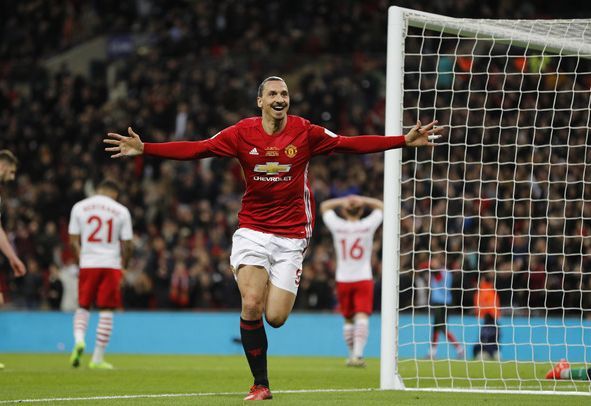 Former Swedish international striker Zlatan Ibrahimovic has revealed that he understands why former Celtic striker Henrik Larsson spent so many seasons at Parkhead.

Ibrahimovic, who is currently at Manchester United, made the comments about the former Hoops icon as reported by established supporter Twitter account FocusOnCeltic.

The 36-year-old claims that the atmosphere that can be created at Celtic Park would have played a part in keeping him in Glasgow for so many years.

“Henrik was good enough to play for any team in Europe. But after playing at Celtic Park it is easy to understand why he chose to stay there for so long” Ibrahimovic said.

The Swedish striker played at Celtic Park in 2001 whilst at Ajax, when he came up against Larsson in a Champions League play-off which the Amsterdam side won 1-0.

Larsson was of course one of the biggest legends in Hoops history, staying with the Parkhead side for seven years and scoring 242 goals in the process.

After leaving Glasgow he moved to Barcelona where he won the Champions League, before a brief loan spell at Manchester United towards the very end of his career.

The comments from the legendary Swedish striker are proof that for some players the atmosphere at Celtic Park remains hard to beat. Some of the performances in the last fifteen years have been legendary, with wins over Barcelona, Manchester United and AC Milan amongst the most memorable. Even in the recent Europa League win over Zenit there was a stirring atmosphere. Now what the Hoops have to do is start matching the performances at home in Europe to the atmosphere created by the supporters, as another season of three consecutive home defeats in the Champions League group stages would be difficult for the support to take.

In other Celtic news, Hoops fans have been giving their verdict on the Europa League draw