Alan Hutton admits he was blown away by what he saw from Rangers youngster Nathan Patterson in the club’s 6-1 friendly win over Lokomotiv Tashkent.

The former Gers defender and lifelong fan of the Bears, speaking exclusively to Football Insider assistant editor Russell Edge, says that the 18-year-old stood out for all the right reasons in Dubai.

Patterson started the friendly clash at the Sevens Stadium and played the first 45 minutes, Steven Gerrard making 11 changes to his side at half-time.

Having yet to see the young right-back make a competitive senior appearance for the Light Blues, Hutton says there is plenty for the Ibrox faithful to get excited about when it comes to the teenager.

Asked if he was impressed with what he saw, Hutton told Football Insider: “Yeah, definitely. Full of confidence, full of running up and down the pitch on what would have been a hot day, full of energy, good touches – he did everything.

“He’s coming into his own that he’s wanting to put pressure on (James) Tavernier so I think come next season he will be vying for that spot with him.

“He’s going to push Tavernier, he looks very good and athletic, he’s got all the qualities to be a top full-back.” 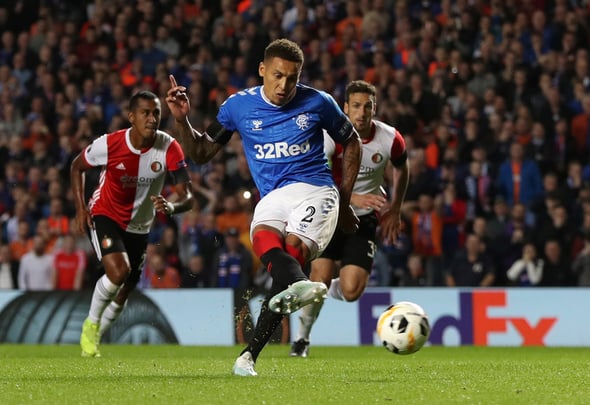 Patterson, who has trained alongside the first-team in recent months after coming through the ranks at Ibrox, is also a Scotland under-19 international.

He has featured regularly for the club’s under-19 side in the UEFA Youth League as well as playing for the reserve team.

In other Rangers news, Football Insider can reveal the club have tabled an offer for a centre-forward out of contract this summer.