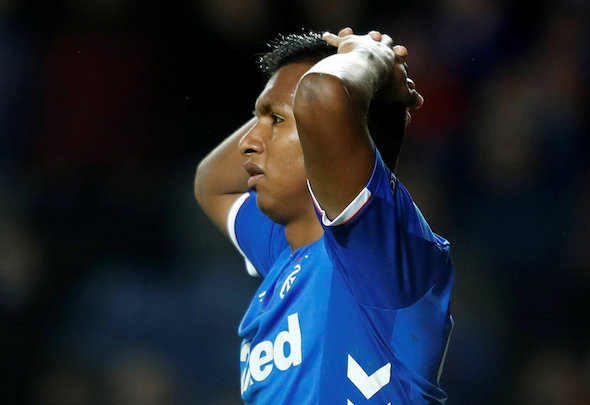 Jackie McNamara has suggested that Rangers manager Steven Gerrard is getting frustrated with a lack of clarity from Alfredo Morelos regarding his future.

Speaking exclusively to Football Insider, the former Scotland international says that the Gers boss will be wanting some sort of confirmation from the Colombian over whether he wants to stay at Ibrox or leave this summer.

The South American striker has been heavily linked with a move away from Glasgow for the last couple of transfer windows but is still with the club having finished last season as their top scorer.

McNamara says that the constant speculation will be grinding Gerrard’s gears and that he is wanting Morelos to make a clear and definitive statement over what he wants.

McNamara told Football Insider: “It’s comes up every second day, it’s possible he does want a move and maybe Rangers want to cash in on him. I think Steven has said he wants a commitment from him through the media and say what he wanted to do.

“They never do, that’s part and parcel of the game. It happens everywhere.

“I think he’s getting a bit frustrated, answering questions every press conference when he’s been linked with a move away.”

Morelos has played 94 times for the Light Blues since arriving from HJK Helsinki, hitting 52 goals across all competitions.

Last season saw him strike 30 times and notch up 11 assists across both the league and cup competitions, while he has gone on to score four goals in three Europa League qualifiers this summer.

In other Rangers news, McNamara says that things look “pretty bad for the club” after an important development at Ibrox.