New Rangers target Christian Maghoma has been clocked as the fastest man in the Polish top flight across the last two seasons, Football Insider can reveal.

This site exclusively revealed yesterday that The Light Blues have set their sights on the former Tottenham defender as a potential man to replace long-term absentee Nikola Katic.

Ibrox sources have told Football Insider that Rangers are plotting a move to sign Maghoma, 22, on a free transfer this summer.

He is a free agent after his two year spell at Polish club Arka Gdynia came to an end due to the pandemic in March.

Maghoma made a big impression in Poland and had established himself as a first-team regular before the lockdown.

A full DR Congo international, he stands at an imposing 6ft 5in and also has an electric burst of speed.

The giant defender recorded the highest sprint speed in the Polish top flight of 34.965 km/h in the last two seasons.

Maghoma did not make a senior appearance for Tottenham and chose to quit the club in 2018 in search of a quicker pathway to first-team football.

He could now be heading back to the UK after making 39 appearances across two seasons for Arka Gydnia.

Rangers in the market for a new centre-back after it emerged last week that Katic had torn cruciate ligaments in his knee and will miss most of next season. 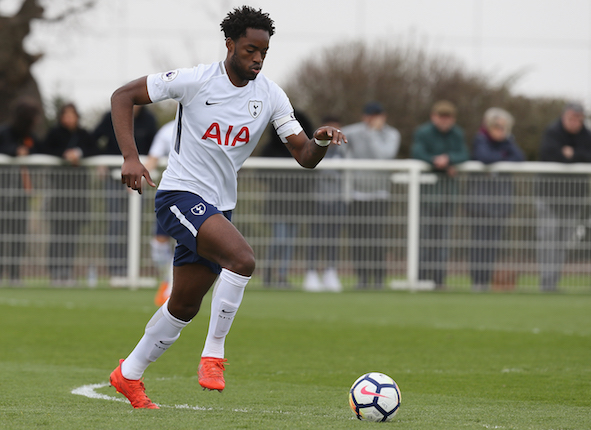 The Ibrox manager is keen on recruiting a physically imposing centre-back who has senior experience and can be dominant aerially.