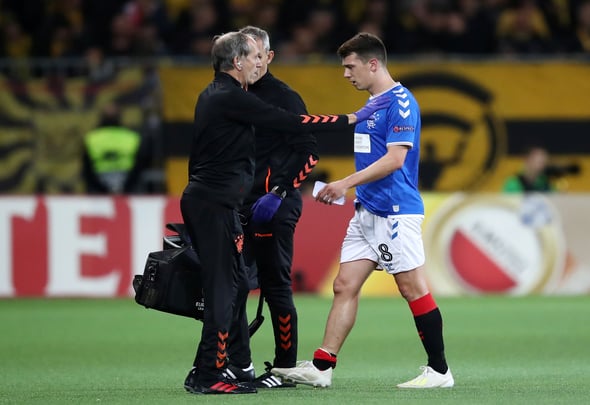 Jackie McNamara claims that Rangers midfielder Steven Davis has replaced the missing Ryan Jack in the middle of the park after the latter’s injury layoff.

Speaking exclusively to Football Insider assistant editor Russell Edge, the former Scotland international says that the former Southampton star has shown the same combative qualities as his teammate during his absence, the Scottish midfielder sitting out the last two league games.

Both Jack and Davis have been mainstays for Steven Gerrard this season, the Northern Irish international starting all but one of the club’s Premiership outings so far.

Having seen Davis start alongside Joe Aribo and Glen Kamara against Hamilton on Sunday, McNamara says that it is the veteran midfielder who has taken the duties of Jack.

Speaking of Jack, McNamara told Football Insider: “I think they’ve coped well without him. He did well at the start of the season but they’ve got quite a few midfielders there, the likes of Davis, Arfield, Aribo and Kamara – plenty of midfielders.

“I’d say Davis is very similar, he can be trusted the tighten things up and take Jack’s place.”

Davis, who signed on a free transfer after leaving Southampton this summer, has played 17 games for Rangers across all competitions this season, with just two of those appearances coming from the substitutes’ bench.

Jack meanwhile has turned out 16 times during the 2019/20 campaign, the 27-year-old playing every minute of the six league matches he has featured in.

In other Rangers news, Paul Robinson has told Football Insider that one highly rated Ibrox player could quit the club.