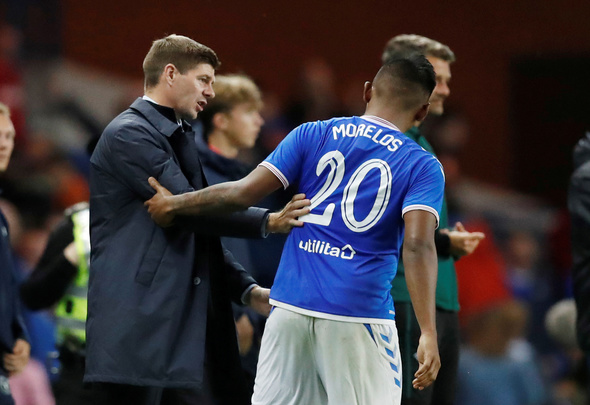 Noel Whelan claims that Rangers striker Alfredo Morelos could be worth £25million if not for his poor disciplinary record at Ibrox.

The former Leeds United and Aberdeen striker, speaking exclusively to Football Insider assistant editor Russell Edge, says that the Colombian hitman has proven himself as one of the most lethal strikers in Britain but that his attitude and petulance scrubs around £10million off his value.

As revealed by Football Insider, the Light Blues will demand a fee of £15million-plus for his capture, with Premier League side Aston Villa keeping close tabs on the 23-year-old as a potential signing.

Whelan says that Rangers are in the right ballpark when it comes to their demands for the South American star but that they could be asking for a much larger fee if it was not for his attitude problems over the years.

Asked about the Gers’ valuation, Whelan told Football Insider: “Yeah, that’s fair enough for a player of that ability, with the talent that he has.

“If he had a little bit less of the attitude and learned to make less of the silly mistakes and petulance, I think you’d be talking about a £25million player. Right now, I think £15million is about right for someone that’s scored goals in the Scottish Premiership but is unproven in the Premier League.

“It’s a completely different kettle of fish. I think £15million is the sort of money Rangers would be happy with and Aston Villa would be willing to pay.”

Morelos picked up a several suspensions last season, both through red cards and retrospective action, and came under fire from fans, pundits and even manager Steven Gerrard for his behaviour.

However, he has not picked up a single yellow or red card in the Scottish top-flight during the current campaign, while he has netted 14 goals in 18 appearances across all competitions.

In other Rangers news, Alan Hutton has backed Steven Gerrard after his crucial decision over one Ibrox mainstay.