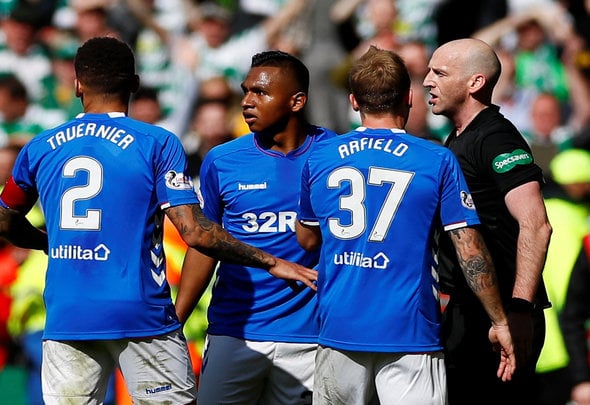 Alan Hutton claims that Rangers striker Alfredo Morelos will be “raging” over the number of chances he has passed up in recent games.

The former Gers defender and lifelong fan at Ibrox, speaking exclusively to Football Insider assistant editor Russell Edge, says that the Colombian striker will have been bitterly disappointed to see just one effort go in over the last two games.

Morelos failed to find the back of the net in the 2-2 draw with Aberdeen on Wednesday after starting at Pittodrie, the draw leaving Rangers trailing Celtic by two points in the Premiership title hunt. 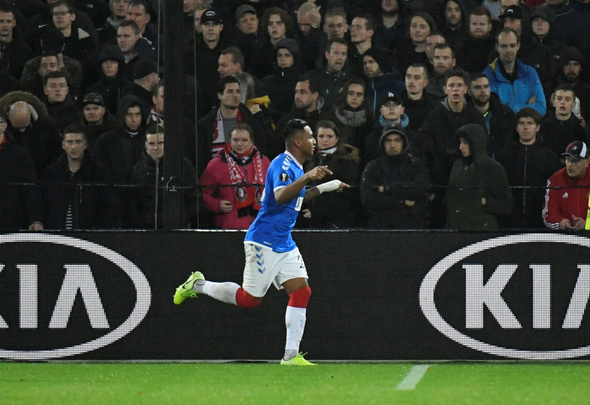 Hutton says that he has played with strikers who will have been tearing their hair out at missing chances like Morelos and says the Rangers ace will be no different.

Hutton told Football Insider: “These guys set the standards for themselves. He’s scored an absolute barrel-load and he doesn’t normally miss too many.

“Sometimes you get strikers who need chances to get one – he’s not that guy. Obviously, I’ve known a lot of strikers in my time, he’ll be raging off that but sometimes you have days like that, things don’t fall the way you want them to, you start snatching at chances.

“His record speaks for itself. You’re going to go through a game or two or a little run where you don’t score and people think it’s a nightmare. It’s because of the high standards that he’s set for himself, he literally scores all the time.

“I’m sure he’ll be disappointed but there’s plenty more time for him to score goals.”

Morelos has already scored 25 goals across all competitions for Steven Gerrard’s men, 10 of those coming in their 15 league games.

He will be looking to fire Rangers to some silverware on Sunday as the Light Blues take on rivals Celtic for the Scottish League Cup.

In other Rangers news, a Football Insider pundit has slaughtered an Ibrox star who could be ripped apart against the Hoops.