This site revealed last Saturday that manager Steven Gerrard and recruitment chief Ross Wilson are in the market for a new centre-back after Nikola Katic suffered a long-term knee injury.

Ibrox sources have told Football Insider that Rangers are keeping close tabs on Maghoma, 22, after he became available as a free agent.

The Spurs academy product opted to leave Tottenham in 2018 in search of regular first-team football.

A towering central defender who was born in the Democratic Republic of Congo, Maghoma never made a senior appearance for the Lilywhites.

But has spent the last two years at Polish club Arka Gdynia and made a big impression there.

The DR Congo international accumulated 39 appearances across two seasons and had established himself as a first-team regular ahead of the March lockdown that effectively brought his time in Poland to an end.

Now he has come to the attention of Rangers, who want a new centre-back to provide cover and competition for Connor Goldson, Filip Helander and George Edmundson.

Gerrard is keen on recruiting a physically imposing centre-back who has senior experience and can be dominant aerially. 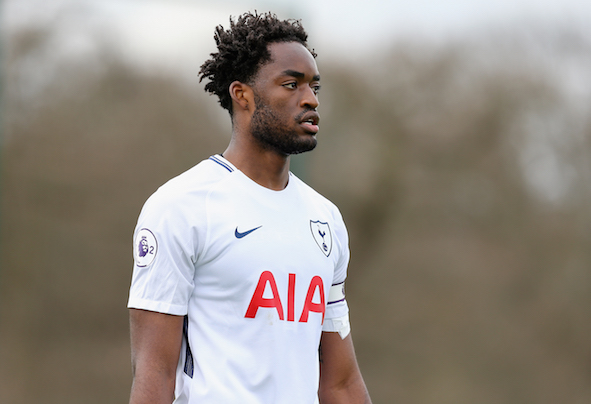 Rangers are likely to face strong competition for the signature of Maghoma.

Nevertheless, the club recognise the significance of the upcoming campaign and having a squad strong enough to stop Celtic galloping to a historic 10th consecutive title.