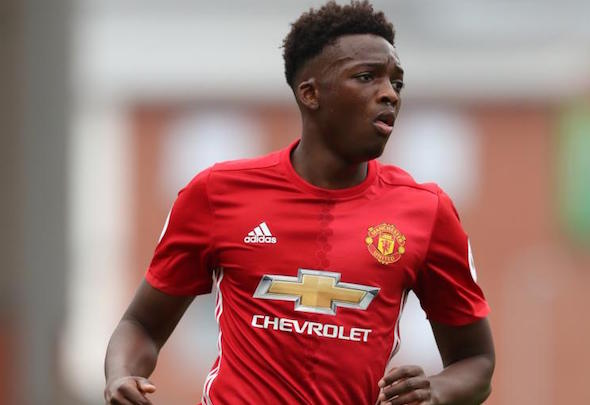 Rangers have set their sights on Manchester United midfielder Matthew Willock after it was announced he is leaving the club, Football Insider understands.

United confirmed their list of retained and released players in an official statement on Friday, with academy product Willock heading out when his contract expires at the end of this month.

Ibrox sources have told Football Insider that Rangers are ready to target the 22-year-old after previously being linked with him two years ago when Pedro Caixinha was manager.

Willock spent the first half of last season on loan at St Mirren and had a half season at another Scottish Premiership club, St Johnstone, in the campaign previous to that.

He has also had loan spells at Crawley Town in League Two as well as Dutch Eredivisie club FC Utrecht.

Willock is a versatile midfielder who can operate in a central role and also out on the flanks and higher up the pitch, but is emerging as a midfield anchorman who is industrious, mobile, capable of breaking up play and launching attacks.

The Waltham Forest-born youngster is a member of a distinguished footballing family, with his brothers Chris and Joe also professional footballers.

Chris, 21, plays for Benfica after quitting Arsenal two years ago, while Joe, 19, is a midfielder who has played 17 times for the Arsenal senior side.

In other Rangers news, Football Insider can reveal that a big name has undergone a medical at an English club as he finalises exit from Ibrox.