The 30-year-old has slipped down the pecking order at Ibrox and has barely figured in their remarkable unbeaten season so far.

Rangers are keen to cash in on playing assets who are surplus to requirements and a recruitment source has told Football Insider that Stewart is one senior star who may depart next month.

There is likely to be interest in the left-footed attacker from rival Scottish Premiership clubs.

However, matching his Rangers wages could be a major issue for cash-strapped teams in the division.

Stewart is out of contract at the end of the season but could still secure a a six-figure fee in the upcoming window.

His potential exit comes as Rangers work on a deal to sign Colombia sensation Juan Alegria.

He has reached an agreement in principle to move to Ibrox next month but the potential transfer has been complicated by government Brexit talks and potentially new regulations.

Stewart has made just four appearances for Rangers this season and his only start came in a Europa League qualifier in September. 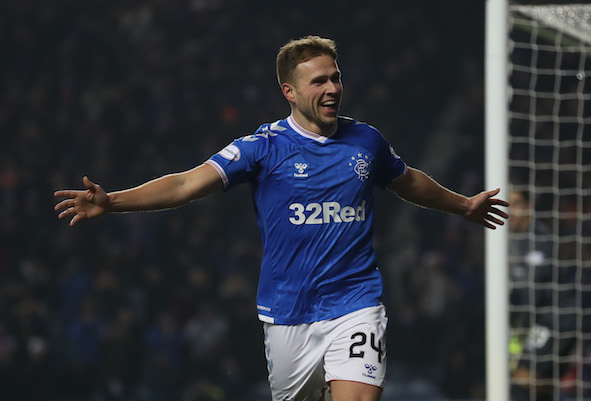 He has not made the matchday squad for any of the club’s last nine league fixtures after slipping behind a galaxy of in-form stars in the increasingly competitive battle for attacking places.

Stewart joined from Birmingham City on a free transfer in the summer of 2019 and has fine record in the Scottish Premiership with 36 goals and 39 assists in the competition.

In other news, Rangers have reached an agreement in principle over January signing.