Kevin Phillips has urged Aston Villa to stick with Dean Smith despite admitting the club has “a huge job on its hands” to survive relegation.

Villa have conceded 56 goals in the Premier League so far this season, four more than bottom-of-the-table Norwich having played one game less.

After Monday night’s 4-0 thrashing away to Leicester City Football Insider revealed that Villa chiefs are close to sacking Smith and handing the reins to his number two, John Terry.

When asked if it is now time for a managerial change at Villa Park, Phillips told Football Insider: “Who do you bring in? As soon as you start losing matches, the way they have defended and where they are in the league people will jump on it. It was only last week they gave him their backing. They are really behind him.

“Defensively when you have John Terry and Dean who was a centre-half, if I was in charge I would be drilling those players on nothing but defending. Defending against numbers, putting your body on the line.

“But they need to cut out the individual errors. The goals they concede it is from a lack of concentration. It is a concern.

“The players have a huge job on their hands when you look at the fixtures. If they keep conceding goals they are going to go down.” 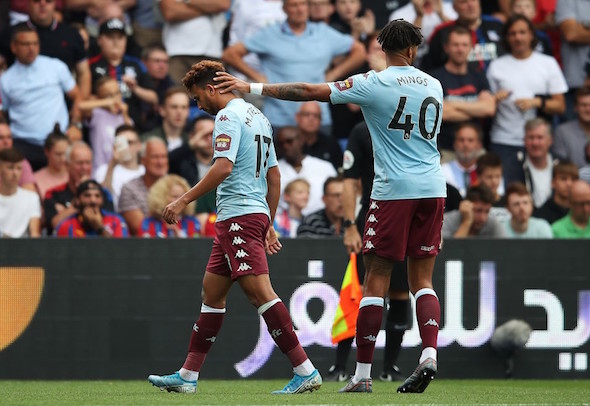 The Claret and Blues currently sit 19th in the Premier League, two points adrift of safety.

It was announced on Friday that the Premier League was to be suspended until April 4 due to the outbreak of coronavirus.

In other Aston Villa news, Alan Hutton has told Football Insider when John McGinn will make his return to the side.