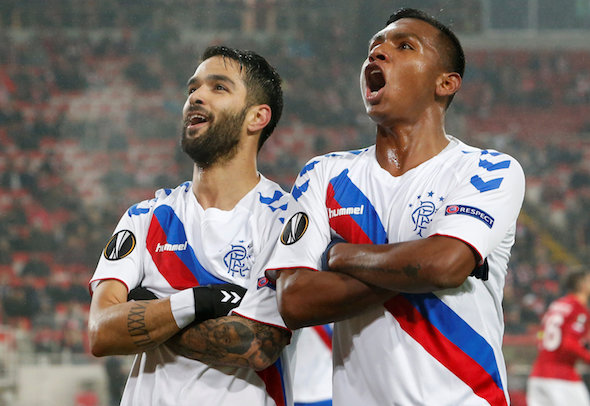 Jackie McNamara is convinced Alfredo Morelos will be a high-profile departure from Rangers this summer and tipped the club to make a bumper £9million profit on him.

Speaking exclusively to Football Insider,  the ex-Scotland and Celtic defender revealed he is “certain” the Light Blues will find a buyer for the striker at a price that comes close to matching their valuation.

Rangers’ hierarchy have suggested publicly they will only sell Morelos at around the £19million fee Celtic secured for Moussa Dembele last summer.

McNamara is convinced the Glasgow giants’ private stance will be markedly different, especially in light of the disciplinary issues that have plagued Scotland’s top scorer this season.

“I’m certain he’s going, Morelos has made it clear with his public statements that’s what he wants,” McNamara told Football Insider. “His discipline has been a big problem but clubs will be looking at his all-round game and I still think Rangers will get decent money for him. They will get £10million, maybe even £12million. “I would be surprised if Rangers get Dembele money for him. £20million is not realistic, even though he’s scored 30 goals this season.

“I judge him on big games. In some European games, he has looked okay and scored. In Old Firm games, he hasn’t. But clubs want goalscorers and, for an English Premier League club, £10million is not a lot of money.”

Morelos has signed a series of improved contracts since joining Rangers for £1million in the summer of 2017 from HJK Helsinki.

His last deal, which was penned in March, ties him to the Ibrox giants until the summer of 2023.