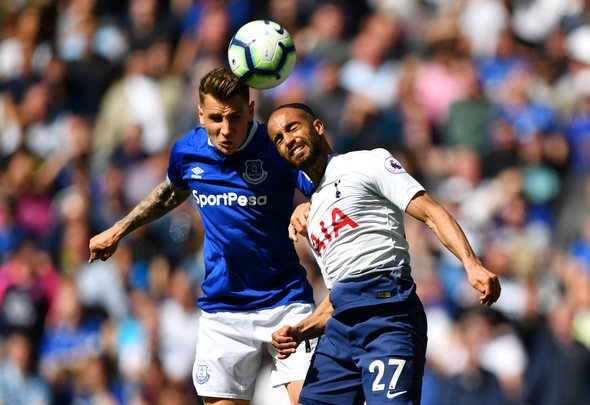 Danny Mills has revealed he had doubts whether Everton defender Lucas Digne would be able to cope with the physical demands of the Premier League.

Speaking exclusively to Football Insider, the former Leeds and England international says that the French international had shown the technical qualities needed to be a success at Goodison Park but that he was not certain he could deal with the cut and thrust of the English top flight.

Digne, who joined Everton from Barcelona last summer, has established himself as a firm favourite in the blue half of Merseyside, taking Leighton Baines’ position on the left-hand side of defence as his own.

Mills says that the former Barca and Roma man has shut down any doubts people might have had over his ability to compete physically in England, heralding both his defensive qualities and attacking contributions.

Mills told Football Insider: “The quality he can provide from the left-hand side is outstanding, from set-pieces and open play. I remember watching him for the French under-20s a long, long time ago, before he went to Barcelona, you could tell he was a quality player then.

“You don’t play for the sides he’s played for unless you’ve got some real quality and he’s clearly got that. He’s now got the other side of the game, the fitness and the strength. He’s starting to look a real great player.

This season has seen Digne score once and contribute two assists in four appearances across all competitions, his goal a wonderful free-kick against Lincoln in the League Cup.

The 2018/19 campaign also saw him pose a threat up front, scoring four times and setting up five goals for his teammates.

In other Everton news, Danny Mills has told Football Insider he expects one Toffee to bounce back after his “shocker” against Villa.