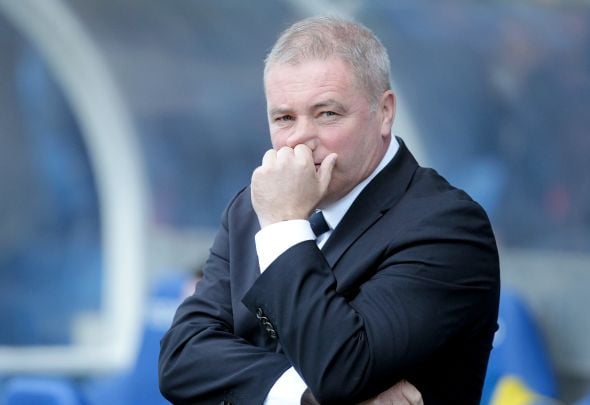 Former Rangers and Scotland legend Ally McCoist has said that he would pick Harry Kane over the striker’s rivals in the Premier League.

The Spurs star has been in imperious form over the past three seasons, scoring over 20 goals in each and having picked up two successive Premier League golden boot awards.

He has continued his impressive form into this campaign, having netted nine goals in just eight appearances across all competitions, including a hat trick against Apoel Nicosia in the Champions League on Tuesday.

As a result, McCoist, who scored 309 goals for club and country during his career, says that he would choose the English international ahead of his Premier League rivals, including Sergio Aguero, Alvaro Morata or Romelu Lukaku.

When asked which of the quartet he would choose on BBC Radio 5 Live Sport (26/09, 18:30), available on the radio’s Twitter page, the former Rangers star said: “It is almost at this moment in time the impossible question.

You can only pick one striker from:

Who do you choose?

“He works his socks off. Midfield players like him because he’ll chase down lost causes.

“He’ll make an average ball a good ball. One that he’s not favourite to get he’ll get a throw in, he might get a corner.

Kane currently sits behind all three of his rivals in the Premier League goal scoring charts on four goals, with Aguero, Morata and Lukaku each having six to their name.

As such the England man will be hoping to regain ground when Tottenham visit newly promoted Huddersfield town on Saturday, as the club, currently in fourth place, look to close the gap on the league leaders.

In other Tottenham news, Spurs fans were raving about the performance of one man who is usually second fiddle to the first team.