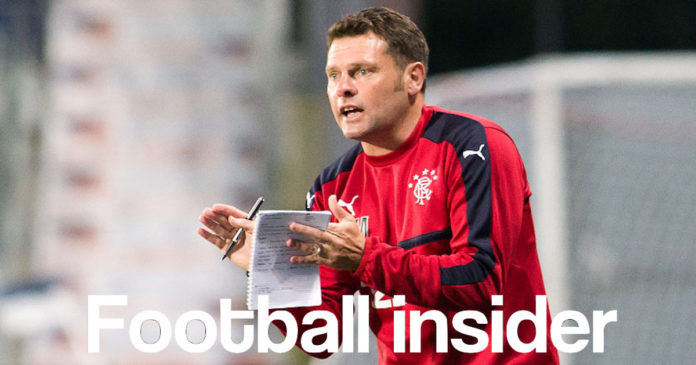 Rangers have been handed a quadruple fitness boost ahead of their Scottish Premiership showdown against Celtic this weekend, according to a club insider.

The Est Consultancy Twitter account, which is a very reliable source of news about the club, reported on Monday evening that the club’s senior left flank operators are set to be available for the Ibrox clash on Sunday.

This means injured left-backs Lee Wallace and Declan John, and left-winger Jamie Murphy, will be in contention to play the Old Firm.

Est Consultancy also explained that long-term absentee Graham Dorrans is stepping up his rehabilitation after months on the sidelines and may feature in a specially-arranged midweek fixture alongside club captain Wallace, who has been out for five months.

RFC left hand side will have a full compliment this weekend.

Graham Dorrans continues his comeback and may get some minutes in the midweek bounce game alongside Lee Wallace.

Graeme Murty is likely to have a few selection conundrums for the club’s biggest match of the season so far. The biggest poser is likely to be the identity of the left-back, an especially important one given that Celtic right-winger James Forrest has been one of their best players this season. Given Wallace’s lengthy spell on the sidelines, it would be too risky to reinstate the skipper for such a marque clash. Murty should instead go for the hugely impressive John, who has been one of the Light Blues’ outstanding players in recent months.