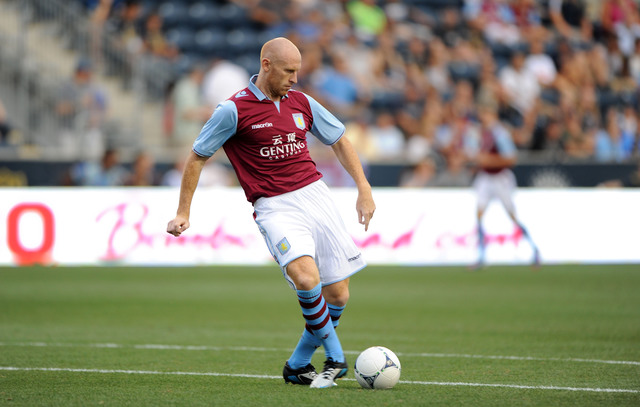 West Ham enforcer James Collins has injured his hamstring and will not play in Saturday’s Premier League game against Swansea, according to an insider.

ExWHUemployee, a solid source of West Ham information, posted the information on Twitter ahead of the official team announcement.

He also said that Angelo Ogbonna had pulled out sick, and that there would be one other tactical change.

Declan Rice and Winston Reid are the two players who will come in.

Ogbonna pulled out with sickness, Collins has done his hamstring and so rice and Reid come in! There is one other change (the correct one in my opinion) ⚒ https://t.co/2qXX4qqMDT

There are three changes to the team!! Two forced, one tactical (which I agree with)! Team is still strong despite one injury and one sickness!! Come on you Irons!!!

Saturday’s game is huge for West Ham, as they sit in 13th spot in the table and just three points above the relegation spots.

This is a blow for West Ham just before a crucial six pointer at the bottom of the table. Rice and Reid are able deputies but West Ham fans will be worrying about the disruption so close to kick-off. There’s no word on the severity of the hamstring injury suffered by Collins but it’s another blow for the veteran defender in a season that’s been blighted by knocks.