Roberto Martinez is the huge favourite to become Celtic’s permanent manager, according to the latest bookmakers’ odds.

The Belgium boss has jumped ahead of interim boss Neil Lennon and previous second favourite Andre Villas-Boas in the market after Paddy Power were forced to slash odds following a flurry of bets.

Lennon (5/2) is currently in charge of the Hoops until the end of the season but is no longer the favourite to succeed Brendan Rodgers, with Martinez massively backed down to 2/9, while Villas-Boas is a relatively distant 7/1.

This is an fascinating shift in the odds and must be taken seriously. Punters might recall that no-one was seriously considering Steven Gerrard as a candidate to be the next Rangers manager this time last year, until a flood of bets changed the complexion of the race. Lennon was thought by many to be nailed-on to replace Rodgers permanently, but that’s not how the bookies now see it. Martinez has an impressive CV, making his name with a League One title at Swansea City and steering Wigan Athletic to a notable FA Cup triumph before a mixed spell at Everton, who he took to fifth in the Premier League in his second campaign, preceded the job with Belgium, who reached last summer’s World Cup semi-finals. With a golden generation of talent under his wing at Belgium, Martinez has a great chance of achieving something special at next Euro 2020, so it would rank as a major surprise if he walked out to take the Celtic job. 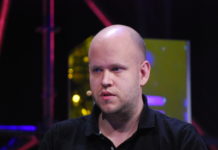