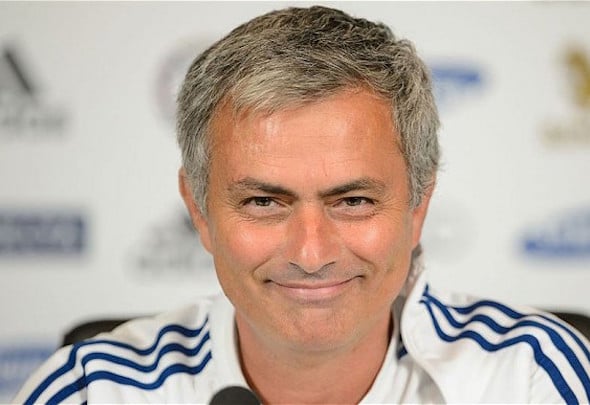 Manchester United boss Jose Mourinho has today ‘confirmed’ his club is interested in signing of Aleixs Sanchez from Arsenal, but insists tomorrow’s fixture versus Burnley is still his highest priority.
Speaking in a press conference, as quoted by The Sun, Mourinho admits that there is substance to the ongoing reports linking Sanchez with an imminent deal to Old Trafford,
“There is no point in trying to hide or deny,
“I think clearly everybody knows that we are there and especially when the Arsenal manager speaks so clearly like he did.”
The transfer has widely been reported that Henrkih Mkhitaryan is going to go the other way, as Wenger eyes an immediate replacement.
However, the Manchester United manager acknowledges that the current priority is the next game, and that Sanchez is still an Arsenal player,
“In this moment Mkhitaryan is our player, Sanchez an Arsenal player and with a match tomorrow I want to switch off and focus on the most important thing, which is the match,
“I will speak with you if one day we sign him, I can speak with you about him and what he can bring to our team.”
Football Insider verdict:
The way that Mourinho speaks about the transfer heavily suggests that it is all but finalised. If Manchester United and Arsenal both did not have fixtures this weekend to worry about the deal could have been completed, but it is clear both managers are prioritising the football as apposed to the transfer. It seems as though te transfer will become a reality in the coming days, bringing an end to a wonderful career from Sanchez at Arsenal.
In the other Arsenal transfer news, the deal to bring in this highly rated Brazillian appears to be off.
We’ve launched a << BREAKING NEWS FEED>> exclusively for your club. ‘Like Us’ on Facebook by clicking here if you want 24/7 updates on all Arsenal breaking news.