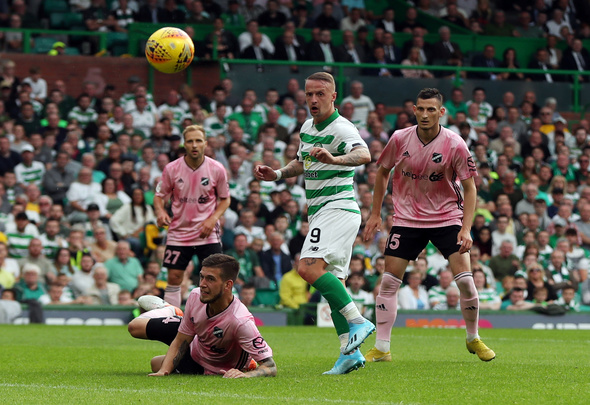 Danny Mills has insisted that Neil Lennon’s return to Celtic has had a big impact on Leigh Griffiths Celtic as he rubbishes the suggestion the manager is “old-school”.

Speaking exclusively to Football Insider, the former England defender says he knows the Hoops’ boss well and will have dealt with the striker in an honest and forthright manner.

The Scotland international missed the second half of the Bhoys’ 2018/19 campaign as he was given permission to take personal leave to deal with off-the-pitch issues.

Back in action for the club’s Champions League qualifiers, Griffiths returned to scoring with a sublime free kick against Nomme Kalju and Mills says that his manager’s return to the club will have had an impact.

“No, not at all. He will manage people as he sees fit and if players are performing for him then he will give them an opportunity.

“I think he’s very upfront, very honest, he expects hard work and discipline and if you give that you will be given an opportunity. Footballers, 99.99 per cent of footballers play football because they love the game.

“It’s difficult when a player has been out for whatever reason that might be. It’s never easy. It’s not just ambitions and dreams, it’s what you love. If you aren’t able to do what you love, it’s very, very difficult.”

Lennon took charge of Celtic for a second spell after Brendan Rodgers left for Leicester City and helped guide the club to both the Premiership title and the Scottish Cup for a third successive treble.

In other Celtic news, Jackie McNamara claims that Lennon has held successful clear-the-air talks with one man at Parkhead.