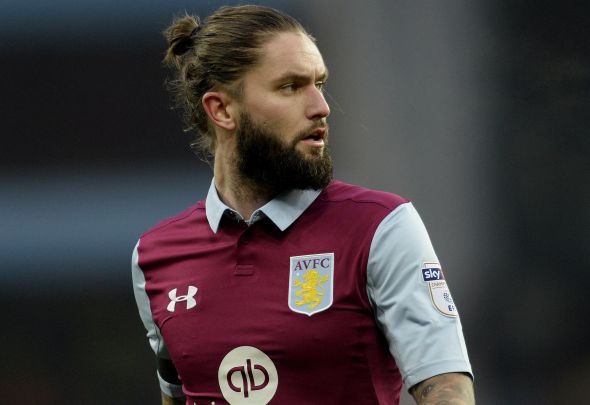 Right-back Bree named the 26-year-old’s looks and hair as a reason why he could play the part of the fictional character.

Lansbury was purchased to help Steve Bruce and his team secure promotion to the Premier League after a poor start to the campaign under former boss Roberto Di Matteo.

The midfielder suffered five defeats in his first six matches with the club’s promotion hopes for this term now out of the window.

Nonetheless, during a series of random questions, Bree named Lansbury as the one who could pull off a James Bond character.

“Maybe Henri,” Bree told the club’s official Twitter account. “He has the looks and the hair for it.”

🔢 The Numbers Game is back! We asked @JamesBree_97 a series of questions including, who would make the best @007? Find out the answer 👇 pic.twitter.com/eL13AgwJ1h

Lansbury is one of few Villa players in the dressing room to have a beard with his fellow midfield partner Mile Jedinak beating him in that department.

Bruce will be hoping the duo can continue their impressive partnership in the middle of the park and help the club finish the Championship campaign on a high.

After a poor start to his career in the Midlands, Villa have now won four of their last five matches with Lansbury playing every minute of those encounters bar the win against Sheffield Wednesday at the weekend.

Lansbury joined a growing injury list at Villa Park when he was injured during the warm up prior to that game.

In other Aston Villa news, this senior man is to leave the club within days.