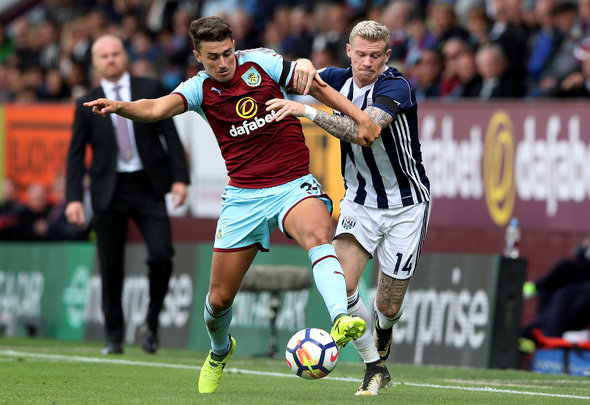 West Brom flyer James McClean believes that Celtic’s emphatic 3-0 win over Aberdeen on Wednesday night showed the “gulf in class” between them and the rest of the Premiership.

The Hoops moved three points clear at the top of the league table after strolling to victory at Pittodrie thanks to a first-half thunderbolt from Kieran Tierney and a brace from Moussa Dembele.

Celtic are widely seen to be miles ahead of the rest of their domestic competition and Wednesday’s win took them to 61 games unbeaten against Scottish sides.

Brendan Rodgers masterminded a brilliant win which swept Aberdeen away despite suggestions that Derek McInnes’ side would be able to take advantage of any tiredness in the Hoops ranks as the Dons are widely seen as the next best club in Scotland.

However McClean, who is a huge Celtic fan, believes that the Bhoys did enough to show Aberdeen just how good they really are at Pittodrie.

McClean is widely tipped by fans to move to Parkhead in the future due to the alignment of his political and religious beliefs with the club.

The winger has barely featured in the West Brom starting line-up this season and is mainly being used as an impact player late on in games due to his rapid pace and work ethic.

In other Celtic news, Hoops fans tore this “atrocious” player to shreds for his performance against the Dons.