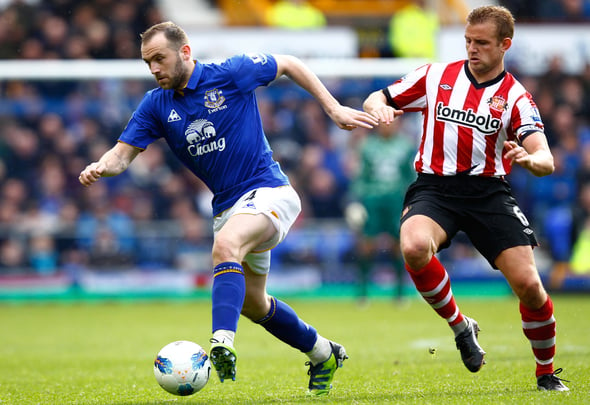 Scotland coach James McFadden thinks Derek McInnes will have an “emotional pull” to go back to West Brom as manager – and believes he’d be in a better position to put his “own stamp on it” than he would at Rangers.

McInnes, 46, turned down the chance to take over at Ibrox in December and could find himself on the shortlist to replace Alan Pardew after the Baggies sacked him on Monday.

McFadden thinks the English club’s financial position and the chance to “build something” at The Hawthorns make it more appealing, even though they are clearly in dire straights at the moment.

“He turned down Sunderland – I can see why, it wasn’t in a great position, the club”, the Scotland assistant coach told BBC Sportsound.

“He turned down Rangers – he’ll have his reasons for it.

“I just think that he’ll have the emotional pull of going back to his old club.

“They’re in a good position financially and he’ll have a chance to go and build something that’s his at West Brom.

“I think it’s an attractive job.

“It’s a far more attractive job to go there when you know you can build something and put your own stamp on it.”

The Gers are still on the lookout for a new manager and could again turn to McInnes in the summer if they think they could attract the former Ibrox midfielder to Glasgow.

Current boss Graeme Murty’s contract runs out in the summer and after looking like a surefire pick to land the job long-term, recent results for the Gers have left his future up in the air.

With West Brom on the brink of relegation, McInnes would immediately have to start fire-fighting at the Baggies ahead of a return to the Championship. While a move down south may be more financially appealing, going to Ibrox would’ve at least given McInnes the chance to compete for trophies on a regular basis – something he isn’t likely to do at West Brom. After turning down the Gers in the winter, McInnes might not get the chance again though so a move to West Brom might be as good as it gets.