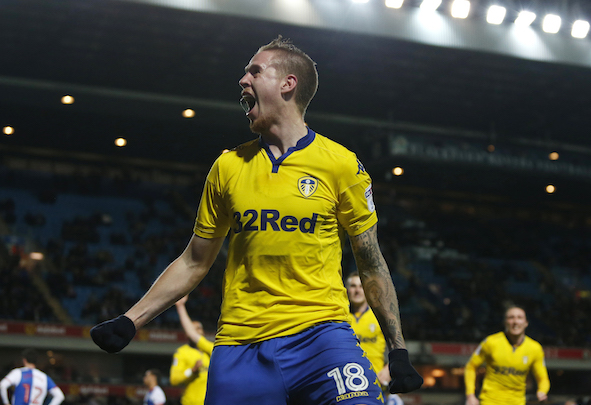 Pontus Jansson has delivered a ringing endorsement of Garry Monk to the Swedish media days after his shock omission from the Leeds team.

Manager Monk caused a stir when he omitted a fit and available Jansson from the starting XI for Saturday’s 2-0 Championship win against Brighton.

Jansson was benched, the error-prone Liam Cooper was recalled to partner Kyle Bartley at the back, and a rejigged defence also missing the suspended Luke Ayling kept another clean sheet to secure a memorable win.

Leeds supporters were mystified at the decision to axe Jansson, who on Monday was named as one of two centre-backs in the Sky Bet Championship team of the season.

Monk refused to go into details about the omission of the Sweden international, simply stating that he saw it as the best decision for the team on the day.

In turn, Jansson, who is on international duty, has refrained from taking the opportunity to have a public dig at the Leeds manager and, instead, gave a ringing endorsement of the 38-year-old’s management skills.

“He has made me mature as a person and player,” Jansson explained to Swedish outlet Sydsvenskan. “Made me understand about being a team player.”

Intriguingly, the 26-year-old explained how his time at Leeds was so  different to his previous spells at Serie A club Italy and boyhood club Malmo.

“In Italy, even in Malmo, it was very clear on your own and run your own race, but with Garry, I have matured and I learn an awful lot. I have much to thank him for.
“He cares about the good of the group. Everyone is equal.”
Jansson’s words will be music to the ears of Leeds fans, who might have been concerned that he would hit out following his omission from the side.

The defender has been a mainstay of Leeds’ promotion-chasing side this season, starting 28 of their 38 Championship matches since joining from Torino initially on a season-long loan.

Jansson will be hoping for a recall when the promotion hopefuls, who rose to fourth in the Championship following their win over Brighton, are next in action against Reading on Saturday of next week.