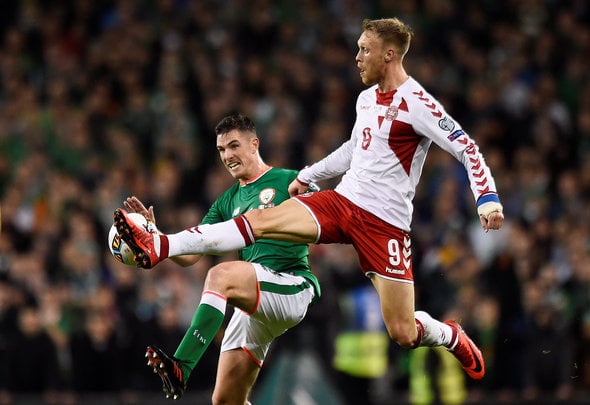 Newcastle United January transfer target Nicolai Jorgensen has suggested he is still open to a move to the Premier League in the summer, according to a report.
Dutch media outlet NOS understands that the Feyenoord forward remains keen on a switch to the English top-flight after being linked with the Magpies throughout the winter window.
Rafa Benitez had wanted to sign the 27-year-old, however Newcastle submitted two offers – neither of which went higher than £15m.
That was well short of the £20m that Feyenoord wanted for their player.
Speaking to NOS in Holland, Jorgensen commented on the supposed transfer to the Premier League outfit and said: “It was more of a matter for my agent and the club, you hear a lot, try to focus, but you’re also a bit confused.

“It’s a dream for every footballer to play in the Premier League, if I keep working hard, there will be a club, I can also compete in another league, I think I’m ready for a next step, but now I’m at Feyenoord.”
In the end, Benitez went with a last-ditch swoop on Leicester City’s Islam Slimani on loan, as well as a move for Chelsea’s Kenedy as he hunted for a solution to the club’s goalscoring crisis.
Currently, Joselu and Perez are the top scorers at St James’ Park – each with four apiece – and they needed reinforcements to build on a goalscoring record that is amongst the worst in the Premier League.
In other Newcastle United news, Alan Sherer ‘firmly believes’ this will happen to Magpies.