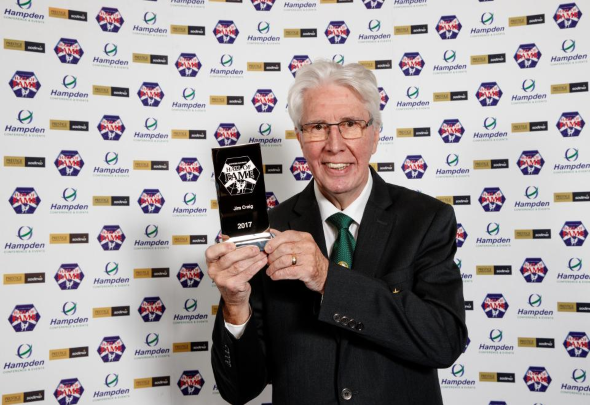 Celtic legend Jim Craig has revealed he was shocked by the state of Rangers’ Ibrox stadium after he went there last season to watch one of the Old Firm games.

Craig, 74, has admitted that the strength of the Hoops’ opposition in Scottish football is not all that great and has pointed out that the financial meltdown of Rangers is a large part of that.

Pundits the likes of Tony Cascarino and Joey Barton have rubbished Celtic’s unbeaten domestic run of 63-games, which broke a 100-year-old record earlier this month when they beat St Johnstone, causing uproar among the Hoops supporters.

However Craig admits that the financial state of other teams in Scotland is what is holding Celtic back in European competitions and from getting the recognition they deserve from elsewhere.

“It would also be fair to say to say that the quality of the opposition in Scotland is not all it might be. Quite a number of clubs are in financial trouble and do not have the cash to bring in players of a better standard than the ones already in the club,” he said to CeltsAreHere.

“Even our traditional rivals from across the city are not in the best of financial health and I was really surprised at the poor state of the inside of Ibrox when I attended one of the ‘Derbies’ last season.

“If we don’t get the competition we need from teams in Scotland, then it means that when we hit the European scene, we have to raise out game quite considerably when we come up against some of the Continent’s best teams.”

Rangers have been unable to beat the Bhoys since returning to the Scottish Premiership last season, losing 5-1 on two occasions under the charges of both Mark Warburton and Pedro Caixinha.

Caixinha was ultimately given the sack last month after he failed to set up an Old Firm derby in the Scottish League Cup final before a poor 1-1 home draw with Kilmarnock at Ibrox.

The Gers are still on the hunt for a new boss and confirmed last week they are still awaiting more applicants.

In other Celtic news, fans have reacted on Twitter to the performance of Mikael Lustig for Sweden against Italy.