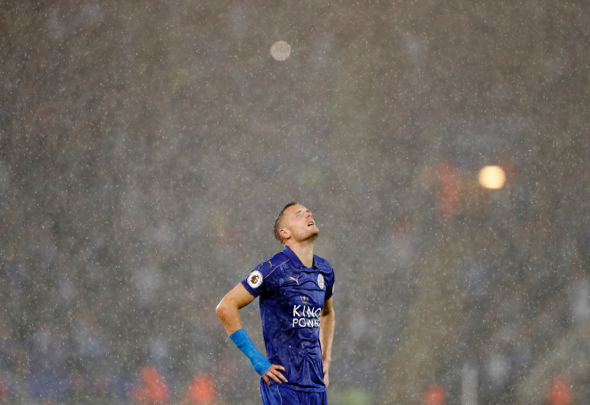 The Reds travel to the King Power Stadium for a league encounter as they look to keep their top four hopes alive.

Jurgen Klopp’s side are fifth-placed in the league table and will be in good spirits after a 2-0 win over Tottenham in the previous match.

Meanwhile, Claudio Ranieri’s Leicester side are just a point above the relegation zone and look a shadow of the team that dramatically won the title last season.

Vardy and Mahrez have been unable to emulate their goalscoring form this season, but promising English youngster Gray has been a positive note with some impressive performances.

Ex-Reds striker Aldridge has urged his former team to keep Leicester’s attacking trio quiet if they are to come away with an important three points.

“Liverpool cannot give them (Leicester) anything to hold onto, they cannot give them any kind of encouragement.,” Aldridge wrote in the Echo. “We know what their threat is, even if they haven’t used it much this season.

“It’s Vardy and Mahrez, and the young lad Gray. Keep them quiet, defend properly and go from there.”

Liverpool have enjoyed an extended break without a game recently and will now return with the sole focus of winning their remaining Premier League matches.

The trip to relegation-threatened Leicester should provide them with a good chance to put pressure on fourth-placed Arsenal, who are just a point above them.

The Merseyside club were stunned by a Vardy brace last season when they travelled to the Foxes, with the Englishman scoring a fantastic long-range effort.

However, Liverpool won the previous meeting with Leicester this season with a convincing 4-1 victory at Anfield.

In other Liverpool news, the club’s supporters reacted to Jon Flanagan’s display against Lincoln.