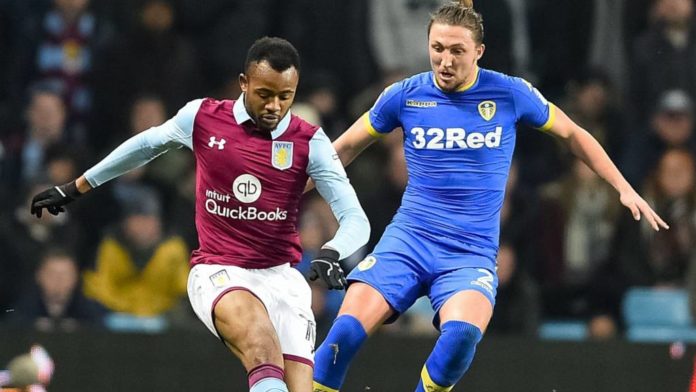 Jordan Ayew will be available for selection for Aston Villa’s clash against Cardiff City on Monday evening, according to a reliable journalist.

Matt Maher of the Express and Star, a reliable source for Villa news, has claimed “Ghana have given permission” for Ayew to remain with Villa for their clash against Cardiff.

The attacker is allowed to feature despite being selected for the Ghana squad for the upcoming international Africa Cup of Nations tournament.

Maher announced the news on his official Twitter account but added the club are still waiting to hear whether Jonathan Kodjia will be available after he was selected for the Ivory Coast squad.

Ghana have given permission for Jordan Ayew to play at Cardiff. #avfc still waiting to hear from Ivory Coast on Jonathan Kodjia.

A number of African countries have named their squads for the prestigious tournament which will take place in January and some teams will be meeting up at the start of the new year for a training camp.

It means Kodjia could be forced to miss the year’s opening Championship fixture against Cardiff, though it will be a boost for Steve Bruce to have Ayew available.

The Ghana international has been a regular feature in the Aston Villa side this season despite struggling to gain any form of consistency.

With Kodjia and Ayew likely to miss a number of fixtures including the FA Cup clash against Tottenham, Bruce is expected to sign a replacement in January.

In other Aston Villa news, Garry Monk delivered this verdict after the draw against Leeds.