Paddy Kenny has hailed the decision to give Connor Goldson a new contract after an unbelievable season for Rangers.

The former Leeds United goalkeeper, speaking exclusively to Football Insider, claims that Rangers have no chance of finding someone as good as Goldson in the transfer market this summer.

Goldson, 28, has reached an agreement with the club to sign a contract extension worth £4.5million and that will keep him at Ibrox until 2024.

He has played a key role in Rangers’ title success this season as he has played every minute of every Scottish Premiership game and even donned the captain’s armband in James Tavernier’s absence.

The Gers are still unbeaten in the league and have only conceded 12 goals with three games left to play.

Kenny claims that Rangers, while tying down a key man, can also now demand a higher fee for Goldson if a club tries to sign him this summer.

When asked if giving Goldson a new deal was the right move by the Gers, Kenny told Football Insider correspondent Adam Williams, “Oh, 100%.

“Listen, I doubt they could go out this summer and find someone as good as Goldson, you’ve got to tie these players down these days.

“You don’t want a player’s contract running out on you. He’s been unbelievable this season.

“Another thing is that a longer contract for Goldson means that if someone else comes in for him then they can demand a higher fee.” 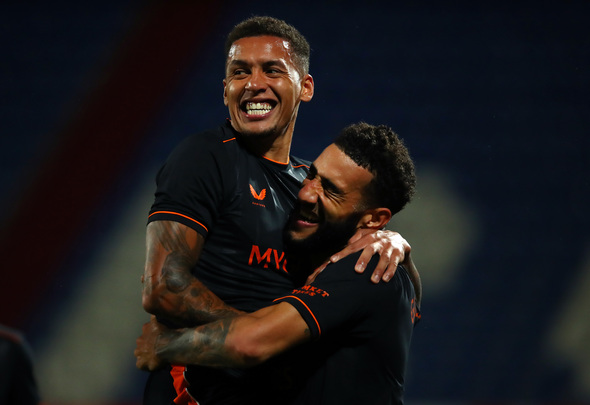 Goldson joins Tavernier, Leon Balogun and Allan McGregor in signing a new deal as Rangers try to tie down some of their key players ahead of the summer transfer window.

Their unbeaten record is the only thing Rangers have left to fight for this season after being dumped out of the Scottish Cup in a penalty shootout loss to St Johnstone.