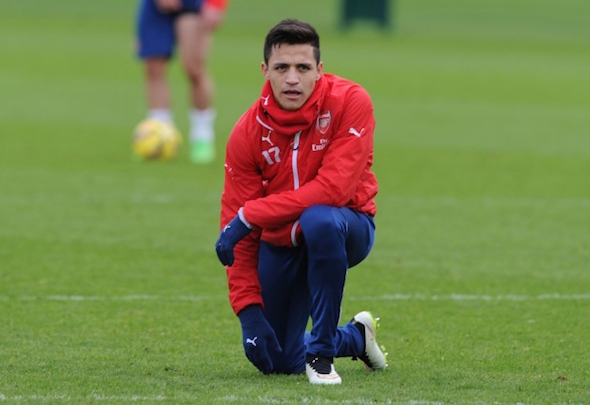 Arsenal legend Martin Keown believes that Arsene Wenger needs to play Alexis Sanchez up front against Tottenham at the Emirates on Sunday afternoon.

Chilean international Sanchez has been utilised in a forward role by his club manager this season, with the move paying off as he has scored eight goals in 12 games as a centre-forward.

Olivier Giroud, who normally deploys the striker role for the Gunners, returned from injury last weekend, scoring two goals as a substitute against Sunderland, then finding the net against Ludogorets in the Champions League.

TV pundit Keown gave his reasons as to why he would start Sanchez as the central figure against Spurs at the weekend.

“Arsene Wenger needs to stick with Sanchez through the middle,” Keown told the Daily Mail. “It has given Arsenal a massive change to their game because they now have that threat in behind.

“The one thing I would say is that there is an impatience with Sanchez. In the 0-0 with Middlesbrough he got deeper and deeper when he needed to stay high. There were times when Mesut Ozil was ending up beyond Sanchez.

“There is a healthy competition for places at Arsenal now and that drives on the team. Players are coming back from injury – such as Giroud – or a spell out of the team wanting to prove that the side can do even better with them playing.

“In the past players might not have come back with the same focus but that’s not happening now. It suggests Wenger is getting things right in terms of the spirit and mood of the players.”

Mauricio Pochettino’s side are the only unbeaten team remaining in England’s top-tier this term, but they did lose their Champions League fixture against Bayer Leverkusen on Wednesday night.

The 1-0 defeat against the German outfit at Wembley dented their chances of progressing through to the knockout stages of the competition, as they lost their second consecutive game on home soil.

Meanwhile, Arsenal progressed through after a thrilling 3-2 victory over Bulgarian side Ludogorets.

Now, they will turn their attentions to Sunday, with Wenger’s side second in the Premier League table with 23 points from ten games, while their rivals are fifth with 20 points.

In other Arsenal team news, supporters on Twitter have been discussing whether Sanchez or Giroud should start against Tottenham.