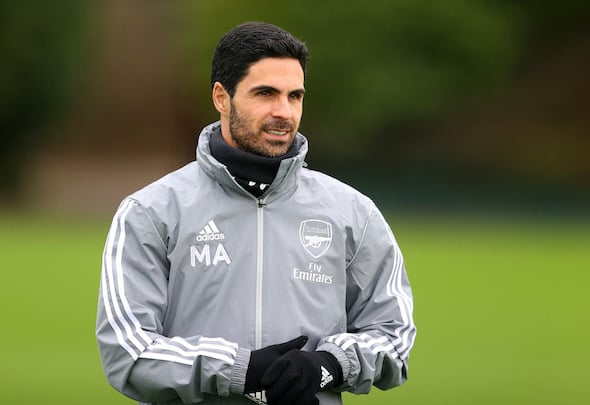 Mikel Arteta won’t be sacked by Arsenal as the club’s ownership has a long-term plan for him.

Arteta, 39, is under pressure after Arsenal crashed out of the Europa League following a toothless display against Villarreal.

The Gunners are also ninth in the Premier League table with three games left to play.

Arteta guided Arsenal to an eighth-placed finish last season with his side just four points away from matching last year’s points total of 56.

He also won the FA Cup, defeating Frank Lampard’s Chelsea at Wembley in the delayed final.

However, Campbell claims last season’s FA Cup win isn’t what is keeping Arteta in the job

“But that was last season. Football is all about ‘what have you done for me lately’?

“Not ‘you won a cup so you get extra time’. I believe the ownership has a plan for Mikel Arteta.

“That is why he won’t be sacked. Because if he is sacked then the new manager would still need the money to recruit.”

Arsenal travel to Stamford Bridge on Wednesday as they look to boost their slim hopes of securing European football for next season.

The Gunners also face games against Crystal Palace and Brighton before the end of the Premier League season.

In other news, pundit claims Mikel Arteta is facing an Arsenal dressing room revolt after a ‘massive’ development.