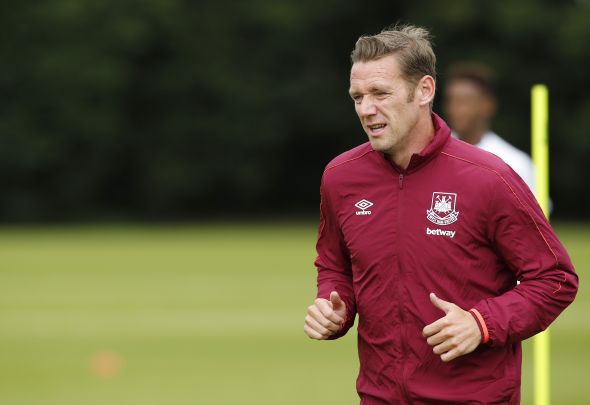 West Ham favourite Kevin Nolan expects to see a much ‘different animal’ in the club next season.

The London club ended an abrupt free fall down the Premier League table with a crucial 1-0 win over Swansea on Saturday, with the club having failed to win any of their previous seven matches.

However, the victory did little to overshadow what has been a disaster campaign for West Ham and Slaven Bilic, with the club on course to finish well short of last year’s seventh-placed finish.

But Nolan has confidently predicted that West Ham will right their wrongs next season, insisting that Bilic was the right man for the job, despite the increasing pressure on his position.

He told TalkSport that Bilic would get them out of their slump and that predicted the 2017-18 season would see ‘a different animal in West Ham’.

“Listen, Slav is a great fella and he is the man to get them out of it,” he said. “There’s no one else.

“The West Ham board are not ones to hire and fire, they do back their managers and I’m hopeful and quite positive that the two David’s will stick behind Slaven.

“I’m sure he’ll get them out of it and next year we’ll see a different animal in West Ham.”

The Hammers sit 14th in the Premier League table after 32 games, but their battle to avoid the drop is still far from complete.

Bilic will need more than just the win against Swansea to prove his doubters wrong, and to lift West Ham back into a respectable Premier League finish.

They are still only eight points adrift of the relegation zone, with tough games against Premier League high-flyers Everton, Tottenham and Liverpool still to come.

In other West Ham news, the Hammers have joined the race to sign this £15mllion-rated PL performer.