Kevin Phillips has tipped Sunderland to look at signing a defender on a free transfer following injuries to Denver Hume and Arbenit Xhemajli last week.

The Stadium of Light legend, speaking exclusively to Football Insider correspondent Dylan Childs, suggested that it would be “a real blow” if Hume, 22, was to miss next tomorrow’s game against Crewe Alexandra.

Xhemajli joined Morgan Feeney on the sidelines after he was ruled out of the 2020/21 campaign with a knee injury suffered while on international duty with Kosovo. 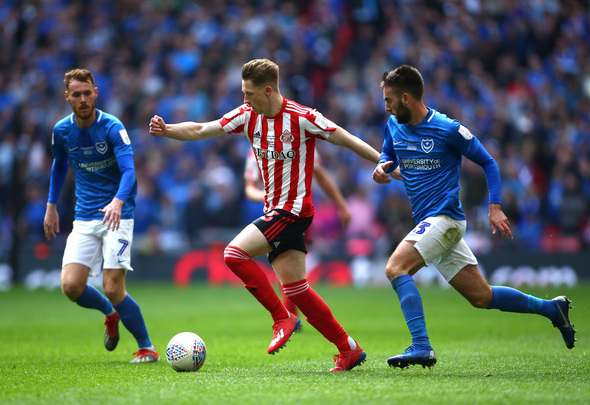 But Black Cats boss Phil Parkinson said that Hume, who missed Saturday’s 2-0 win at Swindon with a hyper-extended knee, would ‘not be out for too long’.

Parkinson revealed that he is “looking” at potential free agent signings in light of the recent defensive injuries.

When asked by Football Insider for his thoughts on the recent injury news coming out of Wearside, Phillips said:

“Losing two of your defenders is tough but that is what can happen on international breaks.

“It is a blow to lose your regular left-back, a player that has been consistent for Sunderland.

“Phil Parkinson needs a deep squad so he can have like-for-like cover. I am sure he will be looking or maybe he will reshuffle the pack and change the system if it turns out to be a long-term injury. It depends on how Phil sees it.

“It is definitely a blow to lose Hume, a player that has become a regular. A real blow.”

In other Sunderland news, Kevin Phillips has been left bouncing by senior player’s transfer claim.