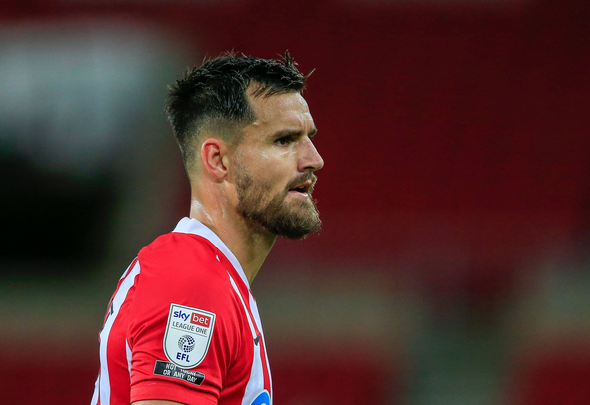 Kevin Phillips is over the moon to see Bailey Wright return for Sunderland despite his struggles against Wigan Athletic.

Speaking exclusively to Football Insider, the Stadium of Light legend said the 28-year-old’s return is a “big boost” for Lee Johnson ahead of the final stages of the campaign.

Wright was drafted into the starting XI at the DW Stadium after Conor McLaughlin suffered an injury in the warm-up.

↩️ Following the warm-up, there's been a late change to #SAFC's starting XI.

Bailey Wright comes in from the off in place of Conor McLaughlin.

Carl Winchester is named amongst the substitutes. #SAFC I #WIGSUN pic.twitter.com/l45n3mW6Yk

The centre-half, who had not featured since 13 February because of injury, showed signs of rustiness in the 2-1 defeat on Tuesday night.

He lost possession 19 times in the loss which leaves Sunderland five points off the automatic promotion spots with six games to play. (Sofascore)

When asked for his thoughts on the return of Wright, Phillips told Football Insider:

“It is definitely a big boost to have Wright fit, especially for the run-in.

“You do not want to have to make lots of changes so hopefully he can stay fit for the remainder of the season.

“There is still an opportunity to go up, whether that be automatically or in the Play-Offs. Wright’s return will certainly help their push for promotion.

“You need your best players fit at this stage of the season.”

Speaking after the loss, Wright told club media: “It hurts but we’ll regroup and get ready for another important game on Saturday.

“You could name a million things that went wrong, when emotions are high and you’re frustrated after a loss you can over analyse and look into things. This is what we’ll do tomorrow and the day after.”

In other news, a top pundit claims Sunderland may sign two players this summer after a £3million reveal.