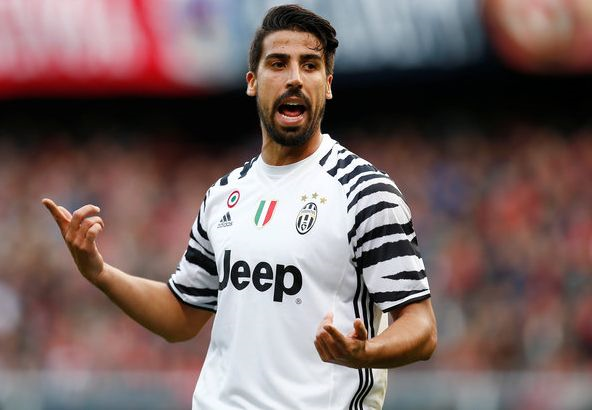 Liverpool are in talks to sell Emre Can to Juventus on a free transfer – and could sign Sami Khedira in part-exchange, according to a report.

The Sun claim the Merseyside giants are negotiating the terms of Can’s exit to the Serie A champions even though he can leave for nothing when his contract expires in the summer.

It is said that the 24-year-old has not yet agreed terms with Juve but Liverpool have been alerted to the availability of his fellow Germany international Khedira.

Given his pedigree and calibre, Khedira would in many ways be an upgrade on Can. He has won four league titles in three countries with Stuttgart, Real Madrid and Juventus, and a fifth is imminent at the Italians, as well as the Champions League from his time in Spain. But the experienced Germany international turned 31 in April and his best days are behind him, even though he remains a key man at Juve. By contract, Can is approaching his peak years and it is easy to see why the Italian outfit have pursued him so strongly this season, with his deal at Anfield due to end next month. The 6ft central midfielder has been a mainstay of the vibrant team assembled by Jurgen Klopp and it will be a huge shame for the Merseysiders’ fans that such an accomplished player, who has been sidelined for the last month with a back problem, is likely to have already played his final match for the club.