The Tottenham hierarchy’s decision to appoint a fan as a non-executive director is a “patronising” attempt to curry favour.

That is according to finance guru and Football Insider columnist Kieran Maguire, speaking exclusively after Spurs announced the boardroom initiative on Wednesday.

Spurs will establish a fan-led Club Advisory Panel, the chair of which will sit in on boardroom meetings.

The decision follows weeks of anger among the fanbase regarding the aborted attempt to join the European Super League.

But Maguire accused the Spurs hierarchy of “tokenism,” citing Real Madrid and Barcelona as he claimed that moving towards a fan-centred model is not always wise.

He told Football Insider correspondent Adam Williams: “It looks like tokenism in the sense that this person would have relatively little power.

“But at the same time, the purpose of a non-executive director is to be what we refer to as a ‘critical friend’.

“If things are being talked about at board level, it could be that critical input from the fans is beneficial.

“However, if the fan representatives are excluded from certain discussion, then it does suggest that it’s just a case of patronising fans.

“I’m in favour of fan-influenced clubs rather than fan-owned clubs. I do think there’s an important distinction between the two.

“Barcelona and Real Madrid are, in theory, fan-owned clubs but look at the trouble they are in at the moment.” 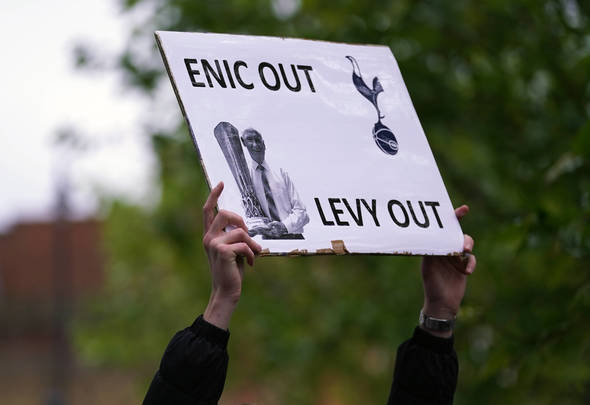 Supporters gathered outside the stadium to demand the board’s resignation.

In other news, pundit surprised by latest twist in Tottenham manager hunt.