Borna Barisic has been handed a £4million-plus new deal that catapults him into the top bracket of earners at Rangers, Football Insider understands.

The Light Blues announced last week that the left-back, 27, had put pen to paper on a new four-year contract that ties him to the club until the summer of 2024.

Ibrox sources have told Football Insider that club chiefs sanctioned the deal rewarding Barisic with a significant pay rise after his transformation this season. 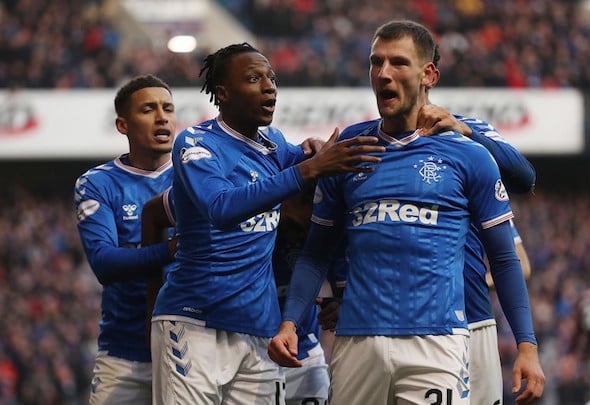 The new deal will run two years beyond Barisic’s last deal which had been signed when he joined from NK Osijek in August 2018.

It means he will be paid more than £20,000-a-week, a sum that lifts him alongside the the likes of Ryan Jack and Allan McGregor, who both penned new deals earlier this season.

The top earners at Ibrox are strikers Alfredo Morelos and Jermain Defoe, who are both on more than £30,000-a-week.

The total value of Barisic’s contract is more than £4.5million, a deal Dave King and the Rangers board were happy to green light.

Barisic has been a key member of the defence and also proved a consistently excellent supplier of crosses from open play and set pieces.

He has an impressive 14 assists from 31 appearances in all competitions this season, most notably laying on both the goals in the 2-1 win at Celtic at the end of last month.

In other Rangers news, it can be REVEALED that the club submitted two offers for Liverpool playmaker in January.