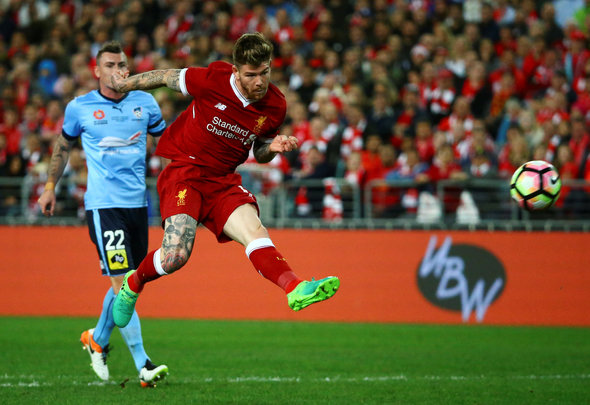 Jurgen Klopp binned his plan for Liverpool to offload Alberto Moreno for £15million this summer after his stunning pre-season form, according to a report.

The Liverpool Echo claim the Merseyside giants were ready to cash in on the Spaniard after he had slipped to third in the left-back pecking order behind James Milner and summer signing Andrew Robertson.

There was strong reported interest in Moreno, 25, from Napoli and it appeared that his Anfield career would end two years before his contract was due to expire.

“This summer he was expected to depart,” the Echo explained. “Liverpool were willing to sell him for £15million but Klopp shelved those plans after being impressed by his pre-season revival.”

Moreno showcased his resurgence with a fine display in the Reds’ 2-2 Champions League draw against Sevilla on Wednesday night.

He defended tigerishly and whipped in some outstanding deliveries from the left flank, which included the precise ball that laid on the opener for Roberto Firmino.

Moreno has now started six of Liverpool’s seven matches in all competitions this season and appears to have established himself as the new first choice left-back.

He will hope to get the nod once again for Saturday’s home clash against Burnley.

Klopp’s side are eight in the Premier League table after the opening four matches, while Sean Dyche’s outfit are one place ahead in seventh, albeit on the same points.

In other Liverpool transfer news, personal terms have been agreed as the Merseysiders finalise the signing of a big-name ace in January.