Kevin Phillips has tipped Liverpool to send Rhian Brewster out on loan again next season after the 20-year-old missed out on promotion with Swansea.

Brewster enjoyed a highly successful loan spell at Swansea over the last six months where he scored 11 goals in 22 appearances. 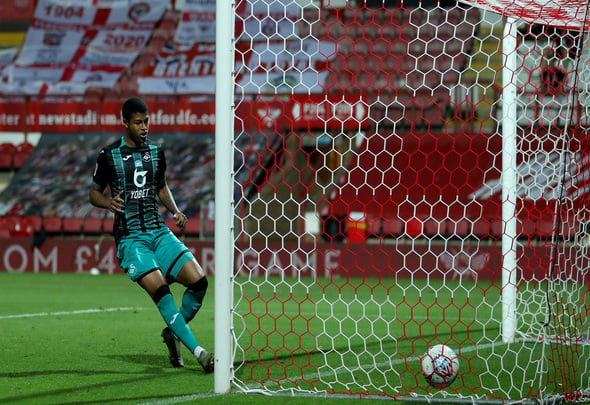 His strike last night was not enough to keep the Swans’ Play Off dreams alive though, as they lost 3-2 (on aggregate) to Brentford.

The striker will have enjoy a summer break now before returning to Anfield for preseason.

When asked by Football Insider whether he expects Brewster to be big part of the first team plans when he returns to Merseyside, Phillips said: “It is a tough one.

“I heard Klopp say that he is still undecided as to whether his younger players go out on loan. I think he will make that judgement in preseason. He will assess Brewster during two or three preseason games.

“I think he will go back out on loan, another year of development and at the end of next season he comes back to push into that first team.”

Brewster still has three years remaining on his contract at Anfield.

He has three senior appearances for the Premier League winners but is yet to score.

In other Liverpool news, it can be REVEALED that Arsenal have joined the Reds in race to sign Portuguese rising star.