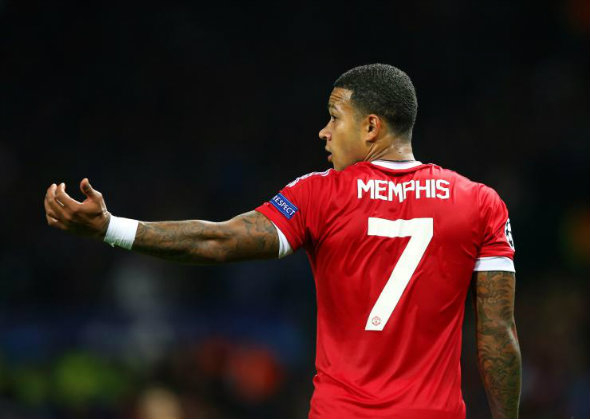 In a tweet from Dutch journalist Sjors van Veen, Koeman is quoted as directly confirming the news on Fox Sports.

This follows a report in the Express which claims Koeman wants to sign the United outcast when the window re-opens and take him on loan until the end of the season.

The 22-year-old signed for Man United in 2015 for £29million from PSV Eindhoven, but the highly-rated winger has endured a torrid time at Old Trafford.

He is currently low down the pecking order at Old Trafford and has made just seven appearances for Jose Mourinho’s side this season, completing only 126 minutes in total.

Everton are hopeful of a European spot this season and are currently seventh-placed in the Premier League table, just six points behind Arsenal in fourth.

Depay could add some real quality to the Merseyside club if he can replicate the form he showed at Dutch outfit PSV Eindhoven.

In other Everton transfer news, they are braced for a transfer bombardment following Koeman’s comments.