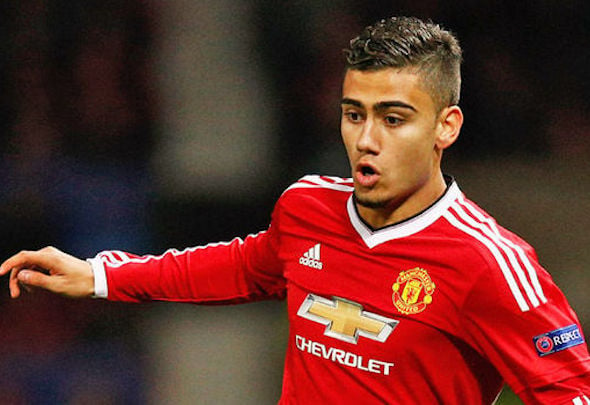 Manchester United youngster Andreas Pereira is set to complete a loan move to La Liga side Valencia during the summer transfer window, according to a Spanish radio station.

Cadena Ser Radio Valencia claimed on their official Twitter account that the 21-year-old is poised to agree a deal with the Spanish outfit.

The post is translated as saying: “Valencia are very close to a loan deal with Andreas Pereira, according to our sources confirmed in England”.

The midfielder was sent out on loan to Spanish side Granada last season and although he could not prevent them from relegation to the second division, he impressed with his performances.

The Brazilian contributed with five goals and three assists in all competitions for the Andalusian club last season.

Although Pereira travelled with the United first-team for their pre-season tour this summer, he has not been involved in both matchday squads for the opening Premier League matches.

The youngster might struggle for minutes with the first-team this season with midfielders Paul Pogba, Nemanja Matic, Marouane Fellaini and Ander Herrera currently ahead of him in the pecking order.

Pereira currently has one year remaining on his contract at Old Trafford.

The young Brazilian is a player with huge potential but in order to gain more minutes under his belt, another loan move would certainly be beneficial to his playing career. Pereira is quite unlucky in the sense that United have a strong midfield and even club captain Michael Carrick has been unable to feature at all this season. It would be preferable for the youngster to try and secure a loan move to a Premier League side as he will be able to prove to his manager that he is capable of delivering the goods on a weekly basis in England. The midfielder should see this as an opportunity to impress Jose Mourinho and demonstrate that he can rely on him in the near-future.