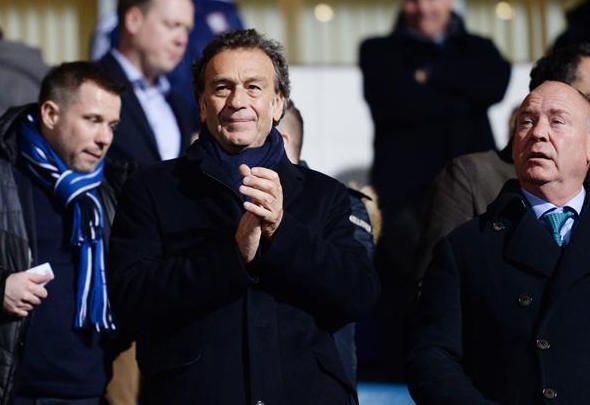 Garry Monk has already broken cover to express his firm wish to sign a new striker in the January window.

Given that he has publicly made it clear that Leeds need cover for leading scorer Chris Wood, you can imagine that privately he has been nudging the powers-that-be on a daily basis to push through a deal.

For the time being, the transfer supremo at Elland Road is Massimo Cellino. That will shortly end due to the combined factors of his impending 18-month ban from the boardroom and the imminent takeover by sports media mogul Andre Radrizzani.

But Cellino’s final gift to his impressive young manager in the January sales should be West Ham striker Ashley Fletcher.

The Sun claim the Yorkshire giants have reignited their pursuit of the striker after failing in a bid to lure him from former club Manchester United in the summer.

It is said that manager Monk has earmarked Fletcher as the forward to spearhead Leeds’ promotion charge in the second half of the season.

The United academy product would be a brilliant signing for Leeds. He is young, talented, mobile and has already proved that he has an eye for goal.

He scored nine goals in 26 matches in a loan spell for Barnsley in the second half of last season that spearheaded their promotion to the Championship.

Fletcher would provide a direct option who could stretch Championship defences and allow Leeds to be lethal on the counter-attack.

It is a weapon that Monk doesn’t currently have at his disposal. None of Wood, Marcus Antonsson or Souleymane Doukara are speed merchants, or at their best running into the channels behind defences.

The word is that the fee for Fletcher would be around £2million, a relative snip given his age – 21 – and potential to improve.

The key is whether West Ham are willing to listen to offers for the youngster so soon after his arrival from Old Trafford.

Fletcher has made 13 appearances for Slaven Bilic’s side this season but has been restricted to just 418 minutes of action and scored a single goal.

He is contracted to the Premier League club until the summer of 2020 but is behind the likes of Andy Carroll and Diafra Sacko in the striker pecking order, while it is almost certain a new forward will be signed in January to replace Valencia-bound flop Simone Zaza.

£2million is even a few that wouldn’t give the notoriously frugal Cellino sleepless nights. Assuming the Hammers are willing to play ball, sealing the deal would be the best Christmas present the owner could give to Monk.