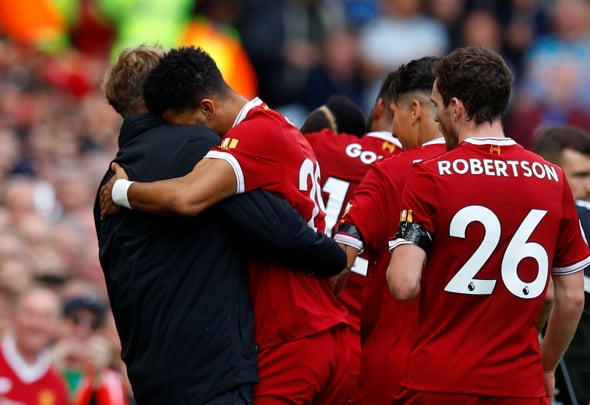 Jurgen Klopp has revealed that Andy Robertson has to learn if he wants to get back in the Liverpool first team.

In an interview with the club’s official website, the German manager revealed the left-back’s current situation and reasons behind why he is not being selected.

He said: “People will say ‘why do you do that? Because he is here and not playing?

“Because he has to learn, but there is no problem.

“We are in conversation, talk about it and he has to improve.”

The 23-year-old has only made three appearances across all competitions for the Reds this season.

He did play the full 90 minutes in the three games he was selected for, including the League Cup defeat against Leicester City.

The defender joined Liverpool in July 2017 from Hull City where he was a regular, making 39 appearance across all competitions.

Robertson was even able to grab a goal last season and register three assists in his 39 games.

The left-back is currently being kept out of Liverpool team by Alberto Moreno, who Klopp has opted to play this season after making James Milner his first choice left-back last season.

Moreno has featured 15 times for the Reds across all competitions, grabbing three assists.

Liverpool have won their last three games across all competitions, with their last game being a emphatic 4-1 victory against West Ham.

In other Liverpool news, Daniel Sturridge has named his ultimate starting eleven and there is not a teammate in sight.