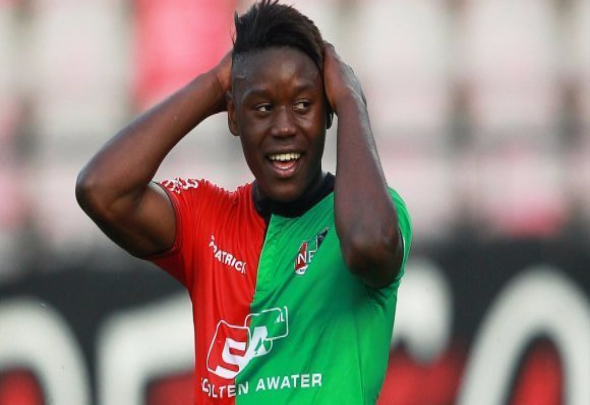 Jupiler Pro League winners Club Brugge have won the race to sign Leeds target Anthony Limbombe from NEC Nijmegen, according to a report.

Editor for ELF Voetbal, Sander Berends, claims on his personal Twitter account that Limbombe will join the Champions League side after agreeing a four-year deal for a fee around £1.6million.

It was claimed last weekend that Leeds were in pole position for Limbombe as they looked to meet his apparent £3million valuation, but it now looks as though the Whites are set to miss out on their target.

Limbombe, who scored seven league goals and supplied seven assists last season in 32 appearances, was omitted from NEC’s friendly against Hannover on Saturday despite other first-team regulars featuring.

As well as Sacko, Monk has brought in another five players. The most expensive signing was League Two Player of the Year Kemar Roofe, who put pen to paper at Elland Road for £3million.

In other Leeds transfer news, the Whites are trying to bring Sunderland midfielder and former loanee Liam Bridcutt back to the club.