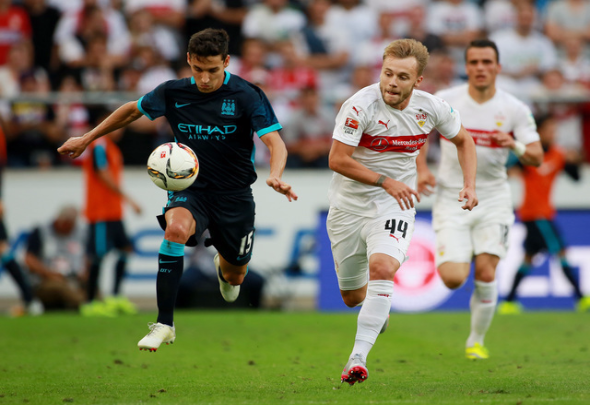 Leeds have received a huge boost in their pursuit of Alexandru Maxim after his manager said he could leave Stuttgart.

German publication Stuttgarter Nachrichten claimed earlier this month that Garry Monk’s side entered talks with the German second division side before Christmas.

Now, Stuttgart boss Hannes Wolf has told Stuttgarter Nachrichten that any offer for his 26-year-old winger will be considered by the fallen German giants, who now play in Bundesliga 2.

“If a club comes, we have to talk about it,” Wolf said. “We have too many similar types of these players. That is why the doors haven’t opened for him here.”

Romania international Maxim could be brought to Elland Road to solve Leeds issues out wide, as Monk looks to return his side to the Premier League for the first time since 2004.

Striker Souleymane Doukara is currently playing out of position on the left, with just two recognised wingers on the books in Hadi Sacko and Stuart Dallas.

Also able to play as a number 10 or as a striker himself, Maxim would be able to provide cover for four-time Spain international Pablo Hernandez and top scorer Chris Wood.

Maxim has played 18 times in all competitions for Stuttgart this season, having a hand in seven goals. Scoring two of them himself, Stuttgart’s number 10 has provided a further five strikes in assists.

Bringing the former Espanyol ace to Yorkshire could prove a shrewd move by manager Monk, as he looks to provide top-quality cover for his first-team stars in their bid to secure promotion from the Championship. Monk’s transfers from overseas have proved mightily successful so far, with Hernandez, Pontus Jansson and Hadi Sacko all starring in the white of Leeds. Marcus Antonsson has struggled, but Monk, who is a long-term admirer of Maxim which stretches back to his Swansea days, would be bringing in a player who has proven top-flight ability from his time in Stuttgart’s side that played in the Bundesliga.

In other Leeds transfer news, this Premier League striker could be set to overlook Leeds to join this Championship side.