Noel Whelan has urged Andrea Radrizzani to use his contacts to bring Cagliari midfielder Nahitan Nandez to Leeds United this summer.

Speaking exclusively to Football Insider, the former Whites striker said the chairman can use his relationship with the Serie A club’s owner to get “first option” on the 25-year-old in the upcoming transfer window.

According to Italian publication Centotrentuno, Leeds are interested in signing the Uruguay international at the end of the season for what could be a club-record fee. 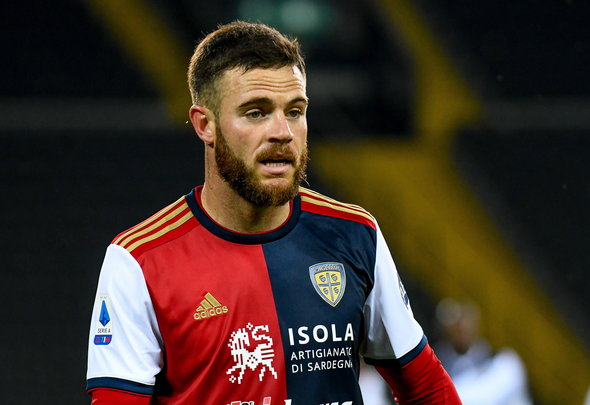 The centre-midfielder, who reportedly has a release clause of around £31million, has made 29 appearances for Cagliari this season.

Leeds owner Radrizzani has a good relationship with the Italian club’s owner Tommaso Giulini and described him to club media as “a good friend” after a friendly between the two sides in 2019.

When asked if the friendship could prove pivotal in a move for Nandez, Whelan told Football Insider‘s Dylan Childs:

“It always helps when you have a relationship with another club.

“Radrizzani knows the owner there and that is something that can work in our favour. It can give us that little bit of sway in a deal.

🙌 Thanks for tonight @CagliariCalcio! See you at Elland Road next summer pic.twitter.com/DldiSrIn5M

“If you have contacts it is worthwhile using them, absolutely. You will always get the first option on a player if you get a good relationship with an opposition club and that could prove to be the case here.

“Radrizzani has got to use his contacts if it can help us bring in a player Marcelo Bielsa really wants.”

In other news, Patrick Bamford has been tipped to explode next month after Leeds ‘sacrifice’ reveal.