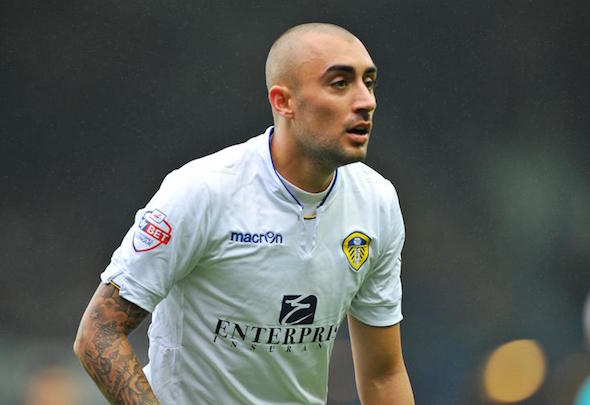 Ascoli are close to clinching a deal to sign Leeds midfielder Tommaso Bianchi, according to a report.

The 27-year-old Italian has completed a half-season loan at the Serie B club and their survival in the division has cleared the way for him to join them permanently.

The Yorkshire Evening Post claim Bianchi is set to sign a three-year contract with Ascoli and end his stay at Elland Road.

It is said that Ascoli negotiated a full-time option for Bianchi when they took him from Leeds in January but that option was dependent on the club avoiding relegation.

The club finished 15th in the Serie B table, two points clear of the drop, and are now expected to finalise Bianchi’s switch.

Bianchi made an inauspicious start to his spell with Ascoli, incurring a red card on his debut in a 3-0 defeat to Cesena, but he has played 16 times and helped the club secure safety at the end of a hard season.

The midfielder has two years left on the Leeds contract that he signed in 2014 after he was among the first clutch of signings made following Massimo Cellino’s takeover of Leeds two years ago.

Bianchi, who transferred to England from Serie A side Sassuolo, initially made the team in the 2014-15 campaign but then had a lengthy absence from the first team.

Bianchi’s prospects were hindered by a knee operation in February 2015 and a further bout of surgery six months later.

He has not played for Leeds since starting in a 2-0 win at Reading 15 months ago, the last of his 26 appearances for the club.

In other Leeds news, Cellino is continuing his pursuit of the next Leeds manager and has been told exactly how much it will cost the club to prize him away from his current club.