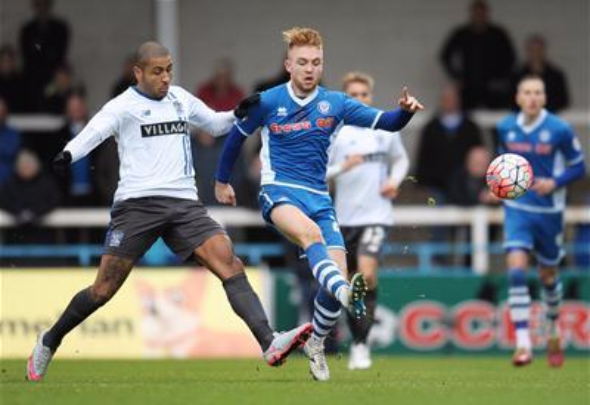 Leeds are eyeing a swoop for Rochdale midfielder Callum Camps, according to a report.

It is understood that the recently appointed Leeds manager Garry Monk is looking to bolster his midfield options after the departure of Lewis Cook to Bournemouth.

Monk is believed to be drawing up a shortlist to replace Cook and the young central midfielder is thought to be highly placed on that list.

Camps made his full debut for Rochdale in an FA Cup win over Nottingham Forest in January 2015 and he has gone on to cement his place in the Rochdale side.

The highly rated Northern Ireland Under-21 international made 36 appearances for his side last season in all competitions, scoring five goals and providing seven assists.

The 20-year-old’s performances have not gone unnoticed among clubs higher up the football pyramid with several clubs keeping tabs on his situation at Spotland.

The Rochdale graduate’s current contract runs until 2017 and the League One side are thought to be reluctant to lose Camps, but they are bracing themselves for offers for their prize asset with Leeds leading the chase for the talented midfielder.

In other Leeds news, Whites striker Chris Wood believes his goals will be important to the club as he prepares for an injury-free season.