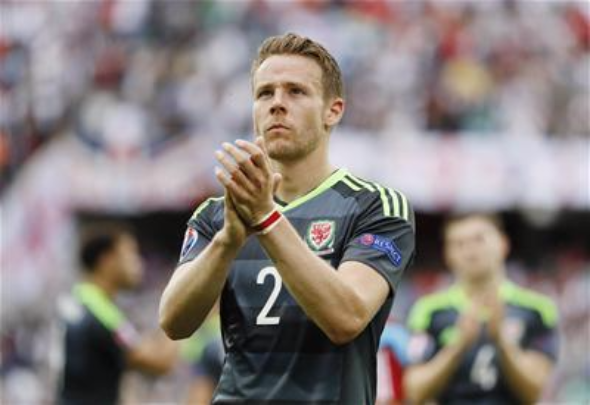 Leeds are eyeing up a move for Reading full back Chris Gunter, according to a report.

Yorkshire publication The Yorkshire Evening Post claim that Leeds are fighting to make a cut-price offer for the Wales star.

It is said the 26-year-old full-back has a £1million release clause in his contract with the Royals, which has two more years left to run.

However, the Yorkshire giants face a fight with Aston Villa, Swansea and newly promoted Middlesbrough, who are also interested in securing the services of the defender.

Both Leeds and Villa are under new management going into next season, with Garry Monk and Roberto Di Matteo taking the hot-seats at both clubs respectively.

Right-back Gunter has represented his country 67 times, making his debut in 2007 and is the current highest capped player within the Wales squad.

Gunter has also played every minute for Wales at Euro 2016 and performed a key role in helping them top Group B ahead of England, Slovakia and Russia.

The Welshman joined Reading from Nottingham Forest in the summer of 2012 in a £2.5million deal.

The former Cardiff graduate starred for the Berkshire club in 164 encounters and competed in 52 fixtures across all competitions in the recently completed season.

In other Leeds news, the Yorkshire club have been told they can sign Sunderland midfielder Liam Bridcutt.