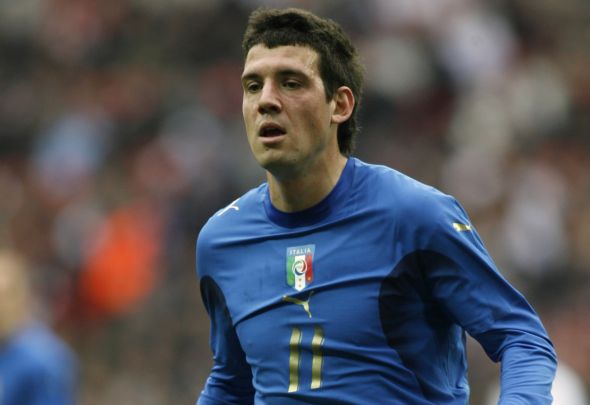 Central midfielder Lazzari told Tutto Mercato Web’s radio station in July that he was interested in a move abroad.

Lazzarri did not deny that he would be keen on a switch to Elland Road when asked about a potential reunion with Leeds owner Massimo Cellino, who he worked with at Cagliari.

“I have not heard from anyone, but I’d like to try an experience abroad,” said Lazzari, when asked about the Leeds speculation.

TMW radio now claim that the 31-year-old is being hotly chased by Fano, who play in Leg Pro, which is the fourth tier of Italian football.

The nomadic midfielder has had spells with nine different Italian clubs during his 14-year career, starting with Serie A side Atalanta and moving to the likes of Cesena and Carpi.

Lazzari signed for Bari earlier this year at the end of the January transfer window, but failed to make an appearance and now finds himself without a contract.

The 31-year-old has more than 200 Serie A appearances under his belt, and manager Garry Monk is keen on adding experience to his midfield after being linked with the likes of Mathieu Flamini and Leon Osman.

On Tuesday morning the Yorkshire giants announced the arrival of central midfielder Liam Bridcutt from Sunderland.

In other Leeds transfer news, they are close to completing two signings as left-back agrees personal terms.